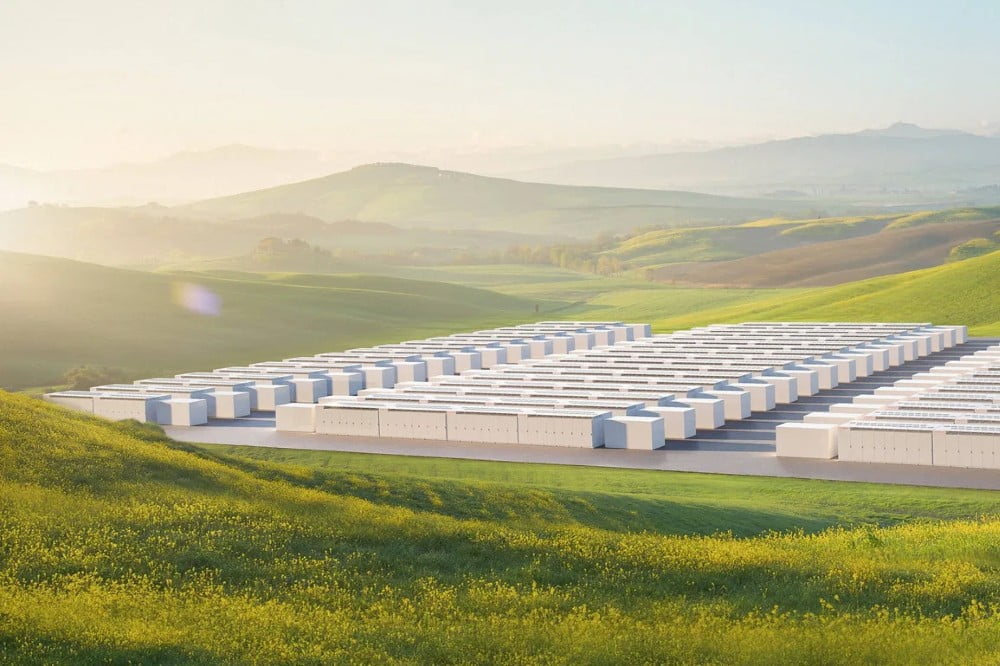 Tesla Megapack devices are set to be installed en-masse in Moss Landing, California, in what is the largest deployment of Tesla’s energy storage solution to date.

The system being installed by PG&E is significantly larger than the UK’s first deployment of Tesla Megapack, which provides just 15 MWh of energy to the grid. In Moss Landing, the energy storage system will have the capacity to store and dispatch up to 730 MWh of energy to the electrical grid at a maximum rate of 182.5 MW for up to four hours during periods of high demand.

Of course, due to the size of the system, a lot of construction work is required. It includes installation of 256 Tesla Megapack battery units on 33 concrete slabs. Each unit houses batteries and power conversion equipment in a single cabinet. Transformers and switchgears will also be installed along with the Megapacks to connect energy stored in the batteries with the 115 kv electric transmission system.

However, thanks to the modular nature of the Tesla Megapack solution, installation won’t take as long as you might expect. Construction may have just begun, but it’s expected that the system will be energised in early 2021, with a view of being fully operational in Q2 2021.

‘Fully operational’ does not mean fully scaled, however. While the company has begun construction on a system that will provide 730 MWh of energy storage, PG&E’s agreement with Tesla contains an upsize option that can increase the capacity of the system to 1.1 GWh.

“The scale, purpose and flexibility of the Moss Landing Megapack system make it a landmark in the development and deployment of utility-scale batteries.”

PG&E forecasts that the Moss Landing energy storage system will save the company more than $100 million over the 20-year life of the project, when compared to the forecasted local capacity requirements and associated procurement costs that would have been necessary in absence of the energy storage solution.

Will the UK ever see an energy storage system as large?

Currently the UK’s largest energy storage system is the 75MWh Thurcroft battery storage. That’s almost 10 times smaller than what we’re seeing installed over in California, but that doesn’t mean the UK won’t have a system of a similar scale in the future.

The UK Government recently relaxed planning rules surrounding energy storage installations, which could see more large-scale projects coming online. The relaxation means that energy storage projects above 50MW in England and 350MW in Wales will no longer need approval from the central Government in order to proceed.

It’s likely that the Tesla Megapack will also see more deployments in the UK, with the company having applied for a power generation licence. It’s still unclear exactly why Tesla wants to be a utility in the UK, but it’s likely to do with its myriad of energy products.