Why efficient building management is more important now than ever 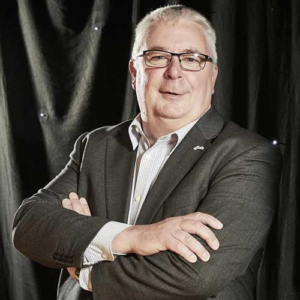 Terry Sharp, President of the Building Controls Industry Association, discusses the evolution of the BCIA 30 years after its launch and why efficient building management is more important now than ever before.

Cast your mind back to 1991; some of the events of note from that year include the breakdown of the former Soviet Union; Bryan Adams spending 16 weeks at number one with (Everything I Do) I Do It for You from the Robin Hood: Prince of Thieves film; Sir Tim Berners-Lee introduced the World Wide Web to the general public; and Steve Coogan’s alter ego Alan Partridge made his first ever appearance on Radio 4.

One more that I must not fail to mention is the formation of the BCIA, originally launched as the Building Controls Group (BCG) by then Secretary of State for Energy John Wakeham in 1991. Before its inception many companies operating in the controls sector had felt for some time that there was no single focus for their efforts to strengthen and develop the technology. It was subsequently decided to set up a new group within the Energy Systems Trade Association (ESTA).

The new group’s key objectives were to establish a professional Code of Conduct, advance technical standards, contract conditions and training, and market the benefits of controlling energy usage – making potential users aware of the technology available to them.

There have been some interesting industry developments since the BCIA’s inception. Soon after the Association started, a second group of control system specialists was formed amongst the then installers of Building Energy Management Systems (BEMS). Back then, the market was dominated by the control’s manufacturers and names like Satchwell, Honeywell, Landis & Gyr, Staefa and Tour & Andersen held the majority share. These days over three-quarters of controls installations and servicing is done by the independent sector and most controls manufacturers focus on product development and distribution.

Technological advancements have also changed the marketplace and perhaps most markedly is the emergence of affordable open communications standards that allow hybrid systems and brands to coexist within a BEMS. Gone are the traditional motor control centre (MCC) panels which housed the starter gear and large data gathering outstations of the early BEMS. These days smart plants, often with individual remote controllers, share operational data over IT networks or edge-technologies directly to the cloud.

Back in 1991 it would have been impossible to predict anything close to what the last couple of years have had in store for us, but efficient building management has certainly taken on more interest, as well as importance, in a post-Covid world.

If we are to be better prepared for similar instances in the future then an improved understanding of how buildings operate would be hugely beneficial for us all, particularly for those who work with buildings on a regular basis. A lot of the technology that goes into buildings is advanced and complex and requires qualified engineers to install it. However, many people whose job it is to manage and maintain buildings could really benefit from having a basic knowledge of what they are working with.

The BCIA’s BCM00 course, entitled ‘Introduction to Building Controls and HVAC’, is a one-day introductory course aimed at electricians, facilities managers and other building services personnel who might not require the full technical detail of more advanced building controls courses or who are new to this area of the industry.

Anyone who successfully completes the BCM00 exam is eligible to apply for the Electrotechnical Certification Scheme (ECS) Building Controls Associate card, provided the applicant has also completed an ECS Electrical Safety Unit Assessment and a current ECS Health, Safety and Environmental (HSE) Assessment.

The technology that goes into buildings now is more advanced than ever, and for those looking to possibly upskill and further their career there are plenty of challenges and opportunities in modernising old buildings and making them fit for purpose in the 21st century.

The BCM01 course, for example, gives an overview of the BEMS industry and the systems and technologies used in the control of heating, ventilating and air conditioning, while BCM02 offers comprehensive training on the theory of measuring and control technology and is designed for engineers and technicians who have some knowledge and field experience.

BCM03 involves the main water circuits and systems used within the building services controls environment. This course includes the necessary mechanical knowledge needed to understand applications and covers all aspects of valve sizing and control.

Anybody who completes these three courses will be awarded a BCIA Technical Certificate and become eligible for the Building Controls Integrator ECS card provided the applicant also holds a formal BS7671 qualification in the current edition of the wiring regulations (currently BS7671: 2008, 18th Edition), as well as a current (up to date) Health & Safety Certificate or recognised ECS H&S exemption.

Whether it’s new builds or retrofit projects, the controls industry has a huge number of exciting projects to offer. The next generation of engineers will be the key drivers in evolving technologies to create a more environmentally-friendly building landscape for tomorrow.

I am not going to make any wild predictions for the next 30 years, but it is my hope that somebody setting out on a career in building controls today could be writing an article like this in 2051 discussing the impact their generation has had in successfully hitting our net zero 2050 target.