How the Internet of Things is making buildings more efficient 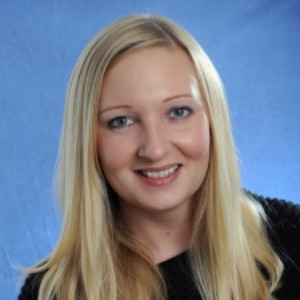 Stacey Lucas of Sontay reviews the impact of the humble sensor, explaining how this technology is paving the way for greater productivity and building management across the nation.

The benefits of IoT (Internet of Things) have been well-documented, particularly as we humans would be hard-pressed to live without the phones, laptops and fellow smart devices that are constantly sending and receiving hundreds of pieces of data every minute. The same can be said for building sensors; a critical tool for facilities managers when it comes to monitoring an asset’s changing conditions and performance.

IoT emerged as a concept in the early 2000s, yet in recent years its popularity has experienced a huge surge with the advent of cloud-based technologies, streaming services and the like. It is estimated that, as of 2021, there are more than 10 billion active IoT devices, an astronomical figure that clearly contextualises the significant appetite and use of these solutions.

Near enough every consumer owns an Apple or Android device; our phones have become something we’d all find difficult to part with. But what of IoT’s value to businesses? According to the Albany Business Review, IoT helps organisations reduce costs by an average of 15%. How does the technology do this, you may ask? By creating an environment that reduces waste and stimulates employee productivity.

These advantages are being directly experienced by our industry. One of the benefits of IoT is cloud technology. The cloud is a massive network which hosts the data that feeds IoT devices and applications.

Back in the day, a controls company would ensure that various devices were connected to a controller through the use of wires. These connections would be essential in ensuring the controller could direct and respond to the devices that flagged changes to indoor conditions. An example would be a sensor, a device which continually feeds back to a controller so that an environment is kept at its optimum level.

Now, with the presence of IoT, these connections are more efficient. Data is held in the cloud. Controllers can now talk to each other as one big system rather than being joined-up across various floors of a building. This has radically changed the way buildings are being managed and operated. For a facilities manager, as an example, they are able to access data anywhere without needing to physically attend a site.

This is of huge benefit, understandably. Whether it be measuring the environmental performance or taking care of a leakage, a manager simply dials into a building management system (BMS) via a cloud-based platform to see what’s going on. Important decisions are made promptly and confidently even from the comfort of their own homes.

Gone are the days when an engineer would routinely have to spend hours commuting to a site at the opposite end of the country. From a carbon point of view and in terms of overall efficiency, this was never a good use of time, even though it was the way to do things. With remote monitoring, however, engineers can easily resolve an issue in a far quicker timeframe. It is even better to know that should a BMS report a leakage, engineers can take the right course of action without needing to travel.

The utilisation of IoT is making a huge difference to the way building data is obtained, not to mention facilities managers’ productivity. In the old days, if a manager wanted information from a BMS, they would have to go to a systems integrator for a report or pay for an engineer’s visit in the event of a problem. But, with data now stored on the cloud, a facilities manager can access the data efficiently for themselves, saving time and cost in the process.

Whilst the benefits of IoT are indeed clear to see, there are some hurdles which the industry would do well to consider. One caveat is that if you have a fully IoT building, what happens when the internet goes down? Although this would be classified as a huge problem, which solutions can be utilised to safeguard an inconvenience from becoming a disaster? Will there still be a need for wired solutions as back-ups, or can we rely on 5G networks?

In order to move forward, there just needs to be some attention paid to identifying back-up measures for cloud systems. It is a hurdle, but it is something which we will be able to overcome before the technology is widespread.

Another area that would need questioning is data ownership. Typically, a systems integrator would make an installation which would be handed over to the end-user. Now, with cloud communication, isn’t there a forever cost in terms of accessing that data?

Many of the cloud companies require organisations to pay for their service on a subscription basis. It is why some companies are creating their own clouds to access the data. But still, there remains an issue as to whether there should be a charge for data access and who is responsible. If a systems integrator makes an installation and sets-up a subscription for a facilities manager to access the data stored in the cloud, can they still be liable in any way? Should they take ownership of a job which historically they’ve signed-off and moved on from? Who owns the data?

There are some hefty obstacles to be lifted before IoT becomes widespread in the industry. It is a new thing to consider and implement, and it will take time for those changes to be signposted and rolled-out. The benefits of IoT are unquestionable from a long-term efficiency and productivity point of view. But it will take some consideration to understand and iron-out its intricacies.

PrevPreviousWhat changes have been made to the Electrotechnical Assessment Specification?
NextWhy efficient building management is more important now than everNext