Why automated service for smart meters is vital to renewable energy 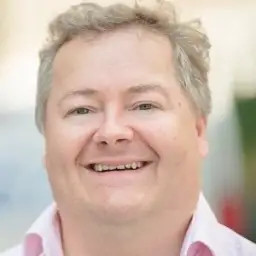 Smart meters are a great enabler for renewable energy. In the not too distant future, smart meters will play a key role in managing and optimising your heating, car charging and maybe even energy generation and storage as renewable generation drives pricing peaks and troughs in response to mismatches in supply and demand.

Legislation and consumer appetite is driving a huge demand for smart meters. This means that one major problem of rollout is taking care of itself. The next challenge was actually installing the meters, which continues to happen at a rapid pace, with over 20 million smart meters now installed in UK homes.

The main issue now holding smart meters back is the level of service they actually provide, though this is often rather overlooked by service providers pushing to keep installation in line with demand. Many aren’t even aware that significant problems exist in their fleet, which has left a lot of customers unhappy, and smart meters have developed a bit of a reputation for not being so smart after all.

Naturally, service providers have looked to operations platforms to help them improve their service, but this comes with its own challenges, often shedding light on previously unforeseen problems and actually creating more work. This is why automation is such a vital component of service.

What can be automated?

Several service processes can and should be automated as smart meter service providers look to improve their customer experience and enable the renewable energy transition.

A basic process is what to do when the meter is no longer communicating. There can be several possible causes, but a useful first step in the triage process is to ask the DCC to reboot the comms hub of the smart meter to see if this restores operation. Doing this manually, involves a human having to sit and analyse which meters aren’t running properly, compile a list, transfer it to the DCC so that the hub can be reset. For a service provider with perhaps millions of smart meters, this problem can occur on thousands, if not tens of thousands of devices, meaning a lot of work for operations teams. Automating this process not only saves the operations teams’ time, but also huge amounts of money, as engineers aren’t having to be dispatched to investigate and solve a relatively simple problem.

Automation can also help to reduce friction with customers. Of course, smart meters promise agile energy at the edge and will enable us to harness renewables, but if there is too much friction with customers, there will be high churn and we won’t truly feel the benefits. Reporting data is one such area of friction. Smart meters generally report data back every half hour, enabling agile tariffs, but they also report daily and monthly, with this data being used to create accurate bills for customers. If the meter is reporting at the wrong rate (too frequently, too infrequently or on the wrong day for a billing cycle) then customers can be left frustrated as they won’t receive an accurate bill at the right time. Automation can spot and reconfigure smart meters to report back at the right date and frequency, reducing customer friction.

The other major area of friction with customers is onboarding. Changing mobile suppliers or even banks is now a relatively easy, pain-free process, but the same can’t always be said for changing energy suppliers with a smart meter, or installing one in the first place. There are many ways in which this process can go wrong, and energy suppliers only get one chance to get it right and give the new customer a great first impression. Automation of operations tools helps ensure that all the pieces of the puzzle are in the right place so that switching is as frictionless as possible.

Finally, smart meter outages is an area that automation can help to identify and triage. Major events such as a mobile network going down or power cuts are fairly rare in the UK, especially for instances lasting more than a few hours or so. More commonly, smart meters are installed in an area – upstairs cupboards as an example – where they are surrounded by other equipment, meaning they might drop offline. Automation allows service providers to understand whether a meter dropping offline is part of a larger event, or whether it is a simple case of being installed incorrectly. This might mean re-installing the smart meter or separating the comms hub to a more accessible area of the customer’s house.

Why automation is important

For smart meter service providers, who generally have millions of devices live, improving service quality is vital to not only their own success, but the smooth transition to a grid that relies on renewable energy. Without consumer confidence in vital technologies like smart meters, we are unlikely to ever be able to make the jump.

These problems might only occur in 5-10% of meters, but when you factor that into the scale of deployment, this is a lot of unhappy customers. Even improving service on 1% of customers represents a huge gain and automated processes can drive gradual improvements in service as fewer and fewer devices are faulty.

Without automation, service providers can be overwhelmed with problems which – while they often have a relatively minor cause – are expensive to diagnose and resolve manually. They’ll never improve their service, and customers will be left disappointed time and time again, making the shift to renewable energy much harder to achieve.

PrevPreviousThe Green Homes Grant: What went wrong?
NextMore than half of the UK public do not know what RCD protection is, research showsNext

Mina partners with ev.energy to make fleet charging smarter than ever