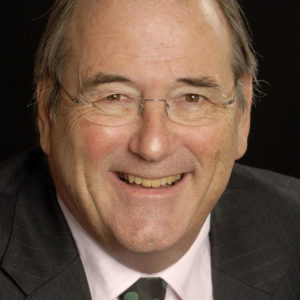 ‘It is vital the government come up with a series of new initiatives to ensure Boris Johnson’s proud green boasts to the UN really do become a reality in our housing stock’, says Andrew Warren, chairman of the British Energy Efficiency Federation.

It is just 10 months since Chancellor Rishi Sunak announced he was launching a new Green Homes Grant scheme, allocating an initial £1.5 billion over the opening six-month period from October 2020. In December the scheme was set to be extended through to March 2022.

This was to be the first publicly-funded scheme offering grants to any English household – no matter how affluent – to stimulate the installation of a wide range of energy saving products since the original Homes Insulation Grant scheme was abandoned way back in 1988.

Prime Minister Boris Johnson boasted about it at the United Nations General Assembly, guffawing that “we won’t be caught lagging on lagging”. Emphasis was placed upon the commitment in the Conservative Party’s 2019 election manifesto that some £9.3 billion would be spent on improving the energy performance of households during this Parliament.

And then suddenly without warning at the end of March, Business Secretary Kwasi Kwarteng announced (suspiciously late on a Saturday evening) that the entire scheme was to be abandoned with immediate effect. Just 52,000 (just 8% of the 600,000 intended) applications had been approved. No replacement initiative was even hinted at.

The obvious question remains: why was the towel thrown in so suddenly? I think the answer is very simple. The two key departments of state had different primary objectives for the scheme.

The Treasury envisaged it as primarily a relatively cheap blue collar job creation scheme, while the Department for Business, Energy and Industrial Strategy (BEIS) saw it as being predominantly a decarbonisation scheme.

In the medium term these two objectives should, and indeed would, have been entirely compatible. But during the short period in which the scheme’s performance was judged, the two objectives were effectively pulling in contrary directions.

The scheme remains the largest attempt at employment generation of the Treasury’s entire ‘Build Back Better’ campaign. After all, back in July, Sunak had felt confident enough to forecast that the Green Homes Grant would succeed in supporting 100,000 jobs and would improve energy usage in 600,000 existing homes during that initial six-month period. The overriding objective being to provide registered employment within the construction industry.

Initially tabloid national newspapers and websites – and Electrical Review – were briefed that permitted measures would be very wide-ranging. As well as heat pumps and insulation, the measures would include double, triple and secondary glazing of doors and windows, appliance thermostats and smart heating controls, modern lighting systems and high efficiency condensing boilers.

However, in late August a final definitive eligible product list appeared on the government website, dubbed ‘Simple Energy Advice’. This entirely excluded any support for the installation of both lighting systems or new boilers of any kind. Both of these energy saving options have considerable numbers of trained and skilled installers already available. All of these people could now play no part in the process.

Over 1.6 million new condensing gas boilers are installed each year. This has happened, on average, every year in the past 15 since Building Regulations made it mandatory when replacing redundant elderly boilers – those with an average efficiency below 50% – to install 88-94% efficient condensing boilers. Even so, there are still around four million of those elderly clunky gas guzzling boilers in homes. Had the Green Homes Grant scheme been designed to stimulate their replacement, that would have made a real dent in Sunak’s target of improving 600,000 homes.

It also sadly meant that energy efficient lighting, which has already delivered some of the greatest electricity savings of all and holds enormous potential to deliver even more, was unceremoniously disbarred from entry from the entire scheme. Yet perversely, BEIS is at the same time now making lighting one of the four products the government’s SEAD (Super-Efficient Appliance Deployment) scheme is to focus on at COP26 in Glasgow in November.

A few measures – such as those installed by thousands of trained and experienced experts in glazing and heating controls – were allowed into the grants scheme. But they were severely handicapped by being permitted to install their energy saving items only as ‘secondary measures’ – an inexplicable and bizarre restriction which seems to have effectively ruled them out entirely. That is because such measures could only be deemed eligible for grants if at least one of the ‘primary’ measures had already been commissioned. And, crucially, such ‘secondary measures’ could only receive ‘up to the cash amount of subsidy provided for a primary measure.’

So even though grants worth up to £5,000 per home might be available, if a household chose to receive £1,000 to help pay for a reasonably cheap primary measure like loft insulation (by far the most popular option adopted), they were then restricted to a maximum of just £1,000 towards any ‘secondary measures.’ And in all cases, the householder had to pay at least one-third of the costs.

Effectively, that meant few in the glazing industry bothered to spend the £30 to register with Trustmark, the gatekeepers for the scheme. Of the 7,000 glazing industry companies already registered under the established FENSA ‘competent persons’ scheme, by the end just 10 were signed up with the PAS 2030 requirements mandated by Trustmark.

In 2019, there were 560,000 homes where glazing was improved, all of which had employed skilled tradespeople. Had an option been designed to provide a financial carrot to stimulate the installation of grade A installations of tertiary glazing, again the numbers of construction industry workers employed, and homes being improved, would have provided major boosts towards achieving Sunak’s targets.

As John Agnew, the CEO of the Glass & Glazing Federation, points out, “For most householders, improving your windows and doors is the best-known way to save energy. The main deterrent is the perception of the significant investment expenditure required. But this scheme’s bizarre relegation of glazing to an also-ran status effectively ruled almost all our members out from participating.”

So, in the end the Business Department decided deliberately to cut out any of the established energy saving mass market measures. By doing so, they effectively ruled out any chance of the Chancellor’s declared short-term goals (600,000 householders being helped; 100,000 people employed installing measures) being met over the initial six-month period the scheme was initially scheduled to run.

There were just two categories of ‘primary’ measures left that could qualify for the Green Homes Grant. One covered low carbon heat, predominantly air source and ground source heat pumps. Last year under 30,000 heat pumps were installed in homes in Britain.

In contrast, there were those 1.6 million condensing gas boilers being put in, with very different training required. Whilst the Prime Minister wants to see the heat pump numbers increased 20-fold, that will require some very substantial training (and re-training) efforts, which could never be completed in the six months set aside for Sunak’s scheme.

Whilst the government website clearly states that ‘for low carbon heating to be installed, households will need to have adequate insulation’, it is unclear whether this requirement – seldom currently promoted by heat pump manufacturers – was ever being enforced.

Certainly, all forms of insulation were rated as ‘primary’ measures, except hot water tank insulation, curiously. Underfloor heating was included, for which there is no established retrofitting industry operating in England outside major building refurbishments.

From the start, the Climate Change Committee warned that the numbers currently employed in installing the long-established installation measures for lofts, roofs and cavity walls has fallen by over 90% since 2012. Many of the largest established delivery businesses – including Carillion, the Mark Group and Miller Pattison – are no longer around. And training for new operatives normally takes at least six months, which was of course the length of the entire programme.

The Business Department understandably felt that longer term, a judicious mixture of non-fossil fuel and high insulation would be needed for every home, in order to achieve net zero carbon in housing. But to create the infrastructure to achieve this must inevitably take time, far more time than the six months the Green Homes Grant scheme was permitted to operate.

Effectively, by excluding from the start so many of the established tried and trusted options to reduce energy waste and carbon emissions in English homes, the best became truly the enemy of the good.

There was a gap of almost exactly five years between the Conservative government abandoning its Green Deal scheme, and the launch of the Green Homes Grant scheme last year. That five-year hiatus seriously set back so many opportunities to improve what is commonly reckoned to be one of the least energy efficient housing stocks in Western Europe.

So, over the next five months, it is vital that a series of new initiatives are undertaken, which will ensure that the Prime Minister’s proud boasts to the UN really do become a reality in our housing stock.

If you’d like to hear more on what the government is (or isn’t doing) to ‘build back greener’ from the pandemic, you can check out, ‘Children of the (green) Revolution’, which just happens to be Episode 2 of Powered On, the podcast brought to you by Electrical Review. Find it via the ER website or wherever you get your podcasts.