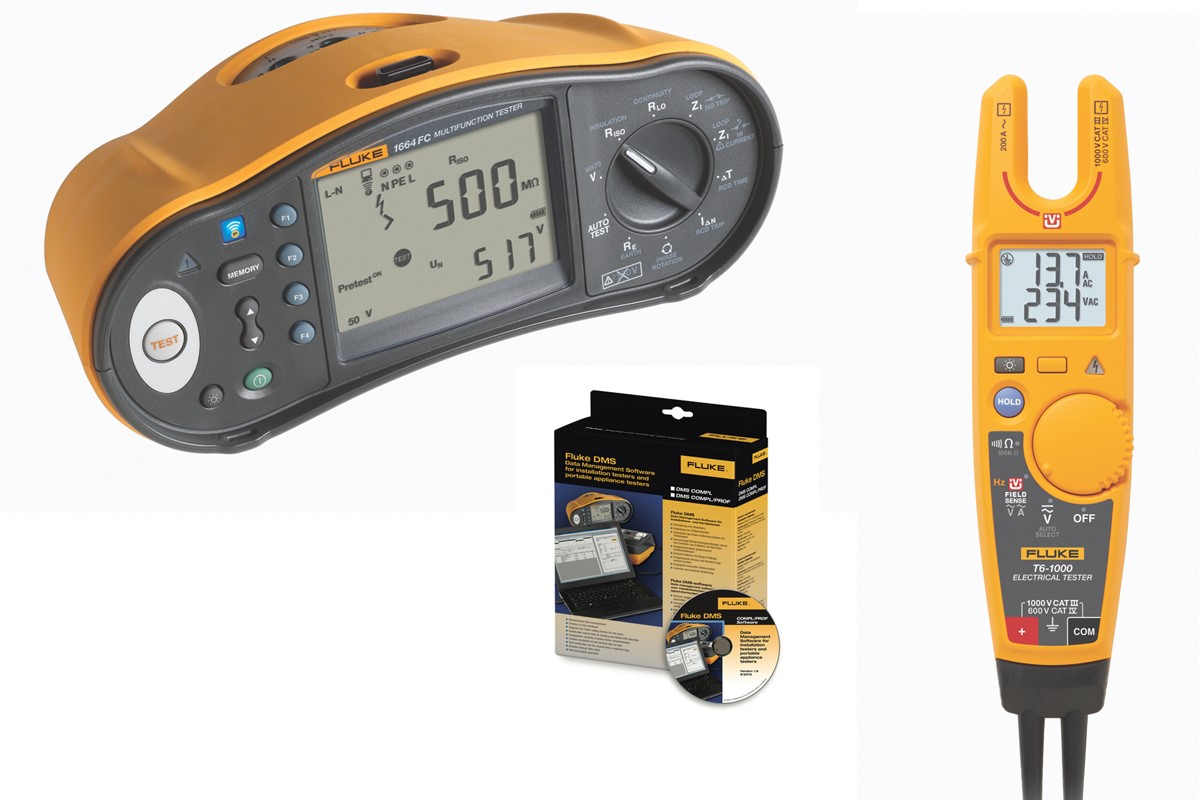 Fluke T6 Electrical Testers with FieldSense Technology make troubleshooting safer and more efficient by allowing electricians to take simultaneous voltage and current measurements, not just detection, without test leads. These offers and other Fluke Specials may be found at www.fluke.co.uk/promotions

The Fluke 1664 is the only installation tester on the market that helps prevent damage to appliances that may be inadvertently connected to the system under test, and it also makes it easy to share test results over a smartphone using Fluke Connect.

They are designed to verify insulation resistance, loop impedance, resistance of the earth connect, resistance to earth, RCD performance in TT and TN systems, phase sequence, and loop/line impedance and RCD tests in IT systems.

The Fluke 1664 FC features Insulation PreTest function that detects if an appliance is connected to the system under test and will stop the test while also providing a visual warning. Insulation PreTest helps avoid accidental and costly damage to peripheral equipment.

The Auto Test function, that does five required installation tests in one sequence, reduces the number of manual connections, decreases the possibility of making errors, and reduces test time by up to 40% compared to previous Fluke models.

The wireless 1664 FC model is part of Fluke Connect – the industry’s largest system of software and wireless test tools. Measurements from the tester can be wirelessly transmitted to the Fluke Connect app on smartphones or tablets and automatically uploaded to FlukeCloud Storage, eliminating transcription errors.

Technicians can collaborate in real time with other colleagues with ShareLive video calls, increasing productivity in the field. Measurements from the 1664 FC can be combined with measurement data from multiple Fluke Connect test tools to create and share comprehensive reports from the job site via email.

Information about all Fluke products can be obtained via the Fluke web site at www.fluke.co.uk.