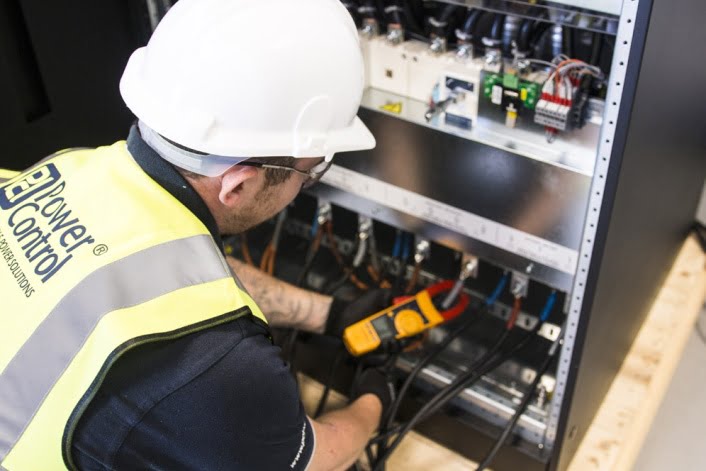 There’s no question that DC isolation is a means of preventing a direct current (DC) from transferring between two parts of a system while still allowing signal and power to transfer the parts. However, with so many isolation methods, there are questions about which one is best.

As stipulated in both the International Electrotechnical Commission (IEC) and the UK IET (BS 7671:2008), the Safe Extra-low voltage (SELV) of a direct current cannot exceed 120V dc. The guidance on how this is to be achieved is often interpreted differently. Some companies construe this to mean that the batteries must be separated to be under 120V (typically eight batteries) before deemed safe for an engineer to work on them. Naturally, the problem with batteries is that they are always live, so isolating them from a power source within a three phase UPS system, which will typically use between 30 and 60 batteries, is not achievable.

Whilst separating eight of the batteries is perhaps the safest method of DC isolation to comply with regulations, it is far from being cost effective. The batteries in each set of eight will require cabling back to a breaker, and then to the next battery in the string with the connecting links being added afterwards. In order to accommodate this, the DC isolators need to be much more complex. Connecting the end links on a battery string last, and the layout of the batteries in a cabinet or rack, should make it very difficult to cause a short circuit in error, and therefore be in compliance with these Standards. Ensuring that all battery terminals have shrouds to prevent any exposed terminals is also required.

Sizing a DC cable also causes conflicting opinions with companies forming their own interpretation of requirements.

Following compliance guidance from the NICEIC, at Power Control, we believe the DC cable should be sized to the maximum requirement of a UPS in a worst-case scenario. When using this approach, the regulations also specify that the cable’s maximum temperature rating needs to be considered.

In reality, the maximum demand from the UPS will only be in effect for a short period of time – most battery autonomies are designed at ten minutes. The difference in current between a fully charged battery and a battery near full discharge can be 25%. In addition to this, the fact that a majority of UPS systems are never operated at full capacity makes it clear to see why some suppliers may take a risk and undersize DC cabling to be more competitive on price or to simply increase their margin.

DC breakers and fuse ratings are much of a likeness, both remove electrical power from an electrical circuit. For example, if a 200kVA UPS requires 400A DC isolation to match the maximum demand, the chances of the breaker or fuses tripping on overload are almost non-existent. This is because the battery voltage will have collapsed and therefore the inverter will have turned off long before the breaker or fuses will have tripped – typically they have 20% overload for 30 minutes. The only real protection is offered if the DC cable between the batteries and the UPS is damaged to create a direct short circuit (the UPS DC fuses will also fail) and this is essential protection. DC isolation will prevent the UPS from having an internal short circuit; however, by their very nature, batteries cannot be isolated in this scenario and a battery short circuit may not be avoidable.

When configuring a battery design that requires multiple strings, varying methods of achieving a required autonomy should also be considered. Such as, if there is a need for all of the batteries to be connected when a minimum autonomy of five minutes is desired, then all battery strings will usually need to be connected at the same time. However, if a ten-minute autonomy is needed, the battery set may be configured in such a manner to allow one string to be isolated for maintenance purposes. This would mean a level of redundancy would be built in without too many extra costs.

UPS suppliers should aim to allow for this in battery configurations whenever possible to make ongoing O&M much more manageable in the event of any work needed on the batteries during the lifetime of the UPS. A UPS operating at a reduced battery autonomy is preferable to one operating with no effective autonomy.

The method used to isolate batteries on a multiple string system is dependent on the supplier. A lot of suppliers will have a main DC breaker or isolator and then individual string fusing, this is a perfectly acceptable method. The problem occurs further down the line when a single string needs isolating. The standard fuses are there for protection, not isolation when a voltage passes through them. Consequentially the whole battery set firstly needs isolating and then the fuses removing on the individual string before the rest of the batteries are reconnected.

I personally prefer individual string isolators to ease the maintenance process and allow any individual string to be isolated without affecting others. Where there is a concern of having to switch multiple isolators to remove electrical power from the batteries in an emergency situation, a DC breaker can be used with a shunt tip function and these can all be connected to a master emergency power off (EPO) switch.