igus helps autonomous vehicles get to the bottom of ocean discovery 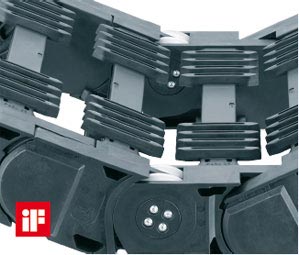 Igus has provided the data cables and energy chains to support a recent assignment in ocean exploration.

As scientists delve into the study of climate change, new strategies and products are evolving to help them uncover data that is driving the world’s foremost crisis. The scientific community is obtaining significant information from international oceans, especially with the support of autonomous surface vehicles.

Components from igus were selected for the project due to their ability to withstand the harmful effects of saltwater and their extended life cycle when compared to components made with steel.

“The reality of self-driving cars is on the horizon, and we have autonomous surface vehicles, like the Saildrone, that are doing amazing things,” commented Noah Lawrence-Slavas, an engineer with NOAA.

“These vehicles are crossing oceans by themselves, operating in the worst ocean environments. They have the potential to revolutionise both how and what we are able to learn about the ocean.”

Autonomous surface vehicles (ASV) and subsurface vehicles (AUV) are being incorporated more frequently in ocean-based research. Lawrence-Slavas added that traditional observation centred around ships heading out to sea and recording observations. Buoys equipped with sensors have been used when ships are not in the area.

Chartering a ship, however, can cost more than $35,000 per day. Scientists can also only collect samples along the route of the vessel. Buoys do an inadequate job of resolving spatial changes in the ocean, particularly in highly variable coastal regions where scientists have observed significant changes in the ocean over short distances.

Satellite observations lack the ability to see below the molecule thick skin of the ocean, and do not possess the accuracy needed for many measurements. Autonomous vehicles reduce ship time requirements, increase the range of spatial coverage, and can acquire information unavailable from satellite technology.

“Autonomous vehicles are not a 1:1 replacement for ships or buoys but are more of an augmentation to these traditional technologies used to expand our understanding of the ocean and to make more cost-efficient measurements,” Lawrence-Slavas continued.

In the project with the Saildrone, two units were deployed in the Bering Sea, which forms the divide between Russia and Alaska.

They were equipped with echosounders, a type of sonar used to determine the depth of water. The scientists made acoustic observations of walleye pollock, also known as Alaska pollock, for 103 days and recorded their reactions to research vessels.

Saildrone, a company based in California, designs, manufactures, and operates a global fleet of wind and solar-powered ocean drones that monitor the state of the planet in real time. They have an average speed of two to three knots but can reach speeds above eight knots. They sail an average of 100 kilometres per day.

Echosounders made by Simrad on the Saildrones included two components from igus, chainflex cables and an energy chain that acts as a bend limiter to increase cable flexure life.

They were also equipped with a thermoplastic elastomer cable jacket that withstands the effects of saltwater. “The power and data cables attaching to the echosounder’s electronics needed to withstand more than five million bend cycles that the cable would perform in a typical one-year-long deployment,” said Lawrence-Slavas.

Waves cause a lot of movement of the Saildrone, which can impact the data collection essential to the experiment. The igus energy chains have a high tensile strength and are completely enclosed. They are frequently used in applications that move within two or three axes. To get high-quality echosounder data, the echosounder’s transducer (which generates and then receives the acoustic pulses) must be on average pointing straight down.

“We needed to remove the Saildrone’s heel from the echosounder’s transducer, so we built a hinged mount. The two-foot-long energy chains and chainflex cables assembly allowed us to reliably transmit power and receive data through the moving mount.”

Data collected from the igus cables revealed important information: nearly three million tonnes of walleye pollock are caught each year in the North Pacific, and the species is considered the world’s second most important fish species in terms of total catch.

The Saildrones found that where pollock were distributed shallowly (30-100m), there was evidence of depth-dependent avoidance reactions to the ship. The behaviour was not evident in a second comparison, where the fish were primarily deeper than 90m. Comparisons where the USVs and ship crossed paths were similar, but the Saildrones observed higher densities of shallow fish.

More importantly, the experiment revealed that the information gathered from the autonomous vehicles equipped with igus components can deliver important details and stand up to the harsh impact of the ocean environment.

While the NOAA experiment looked at the movement of walleye pollock, the more critical point to engineers of ocean exploration vehicles is discovering equipment, such as the igus chainflex cables and energy chains, that can endure long-term exposure to saltwater, wind and other natural elements.

“This study demonstrates that it is now practical to make routine long-term measurements of acoustic backscatter over a wide area with an ASV equipped with an echosounder equivalent to those used in fisheries surveys,” the NOAA team concluded.