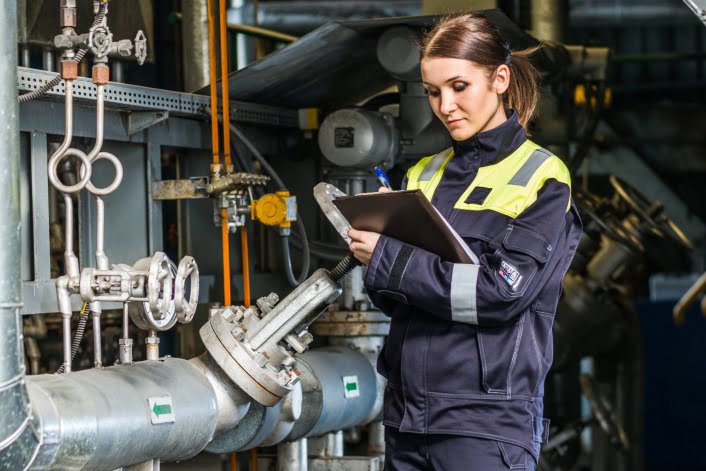 Protective clothing specialist ProGARM explores the issue of “one size fits all” universal PPE and how to overcome the problem.

In industries working around high and low voltage electricity, the importance of PPE is widely recognised, and the latest safety requirements are understood by managers and operatives alike. However the same can’t be said when it comes to the potentially fatal risk posed by Arc Flash – a relatively misunderstood, but extremely common type of electrical explosion facing sectors from utilities to industrial electrical, civil engineering and rail. And for females working in these industries, this problem is only heightened when combined with the universal fit of PPE that many women are faced with wearing.

The problem with universal PPE

The number of female workers in the industry is on the rise, and while increasingly mixed gender workforces is a positive change, the traditional universal fit of PPE can pose risks to female workers.

The universal fit of safety garments combined with increasingly mixed gender workforces across all industries is posing a great risk to female workers, due to protective clothing that is not tailored to their size and shape. Women have different hip to waist ratios from men, as well as wider forefeet and shorter foot arches, meaning that simply offering menswear in smaller sizes, or a unisex range simply isn’t sufficient. Women may often have to opt for the size bigger to accommodate for their hips, resulting in trousers that are too long and kneecap pads in the wrong location, all posing risks to the wearer.

Many women are often faced with wearing either unisex or men’s jackets, which are sizes too big and not suitably fitted, making them bulky and often uncomfortable to wear. While many may not realise it, these ill-fitting clothes hugely impact the level of protection. Uncomfortable and baggy jackets make it all too easy and tempting to roll up the sleeves or unfasten the jacket, which leaves areas of the body unprotected. Additionally, ill-fitting PPE makes it tempting to use an everyday belt to ensure a better fit, however these are vulnerable to catching fire or melting into the PPE should an Arc Flash event occur.

What is an Arc Flash?

An Arc Flash is when an arcing fault releases dangerous levels of radiant energy, which vaporises metal that spews from the arc. The air is super-heated causing pressure waves that can throw individuals across rooms and create a deadly molten shrapnel. They can be caused by voltage spikes, worn connections, cable strikes or gaps in insulation, and are a risk even in low-voltage set ups.

With temperatures of up to 35,000ºF, which is more than four times hotter than the surface of the sun, an Arc Flash has the potential to burn an operative’s skin within fractions of a second. Treatment for those that survive an incident can require years of skin grafts, hospital stays and rehabilitation – they may never recover sufficiently to regain their lifestyle, meaning PPE really is the last line of defence for workers.

Simply put, those looking to address the issue of protective clothing for women, should look to specially designed PPE for women.

It’s not just jackets, overalls and trousers that need to be considered as part of Arc Flash protective PPE – women may also require arc resistant underwear to provide further protection. This is due to the fact that everyday manufacturing materials can melt into skin even under PPE clothing, potentially causing severe burns.

It’s also paramount to ensure protective garments are manufactured from inherent fibres which feature specific Arc Flash resilient components, rather than treated fabrics which have undergone  – always look for products that feature Arc Flash protective qualities in the thread, as opposed to just a treated material, which will lose its impact over time.