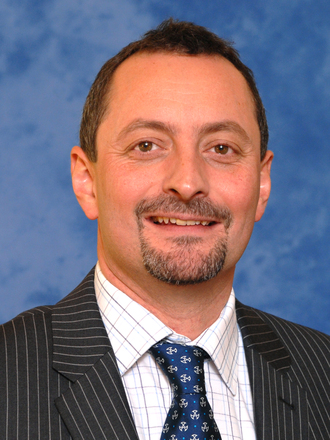 ELECSA, the certification arm of the ECA has responded to news of the delays to the Renewable Heat Incentive (RHI) by arguing: it is better to be late than never.
The body which provides both Part P certification for electrical installations and has hundreds of contractors registered to its MCS scheme for renewable energies since it was established in 2009, says the five month delay will be worthwhile if it irons out any wrinkles in the process.

Chris Beedel (pictured), certification director for ELECSA said: “Whilst we are disappointed to hear that the commercial RHI will be delayed, we appreciate that this ground-breaking incentive is a world first and therefore warrants the required consultations to ensure it can deliver to its full potential.

“It is simply a case of better to get it right, than get it right now so we do not need go back to the drawing board later on,” added Beedel.

The RHI for commercial installations was supposed to have come into force in July, but the government backed scheme to provide financial support for installing low carbon heat technologies suffered a last minute setback after delays in securing state aid approval forced the Department of Energy and Climate Change (DECC) to put delay its launch.
The RHI, to be administered by Ofgem (Office of the Gas and Electricity Markets), aims to provide continuous financial support for over 20 years to micro-renewable heat generators in England, Scotland and Wales and will work in a similar way to the current Feed-in Tariff scheme.

he first phase, which supports non-domestic installations only (including businesses, public sector, charities, not-for-profit organisations and industry), was due to start on 30 September 2011 but has been delayed due to issues securing state aid.

A DECC spokesman said: “We are fully committed to introducing the Renewable Heat Incentive. However, we understand that the European Commission state aid approval for the RHI will be subject to a reduction in the large biomass tariff. We expect to receive written confirmation of this very shortly.

“This means we now need to change the regulations before the scheme can open to applications. We understand this is frustrating for industry who are already gearing up for the RHI, however we hope to get this sorted out soon and open the scheme before the end of November.”

For certain types of small and medium-sized installations (up to and including 45kWth), both installers and equipment must be certified under the Microgeneration Certification Scheme (MCS) or equivalent standard.  These include:
•    Biomass boilers (including CHP biomass boilers)
•    Solar thermal
•    Ground source heat pumps
•    Water source pumps

There are additional technologies covered by the RHI but outside of the MCS standards such as:
•    On site biogas combustion
•    Deep geothermal
•    Energy from municipal solid waste
•    Injection of bio-methane into the grid

At present the RHI does not include air source heat pumps, however they may well be included at a later date once a suitable metering solution has been agreed.

A second phase of the RHI, starting in late 2012, aims to establish support for similar micro-renewables in the domestic sector.

For more information on the RHI, visit DECC www.decc.gov.uk or Ofgem www.ofgem.gov.uk. The full list of RHI tariffs can also be downloaded by visiting either of these websites.