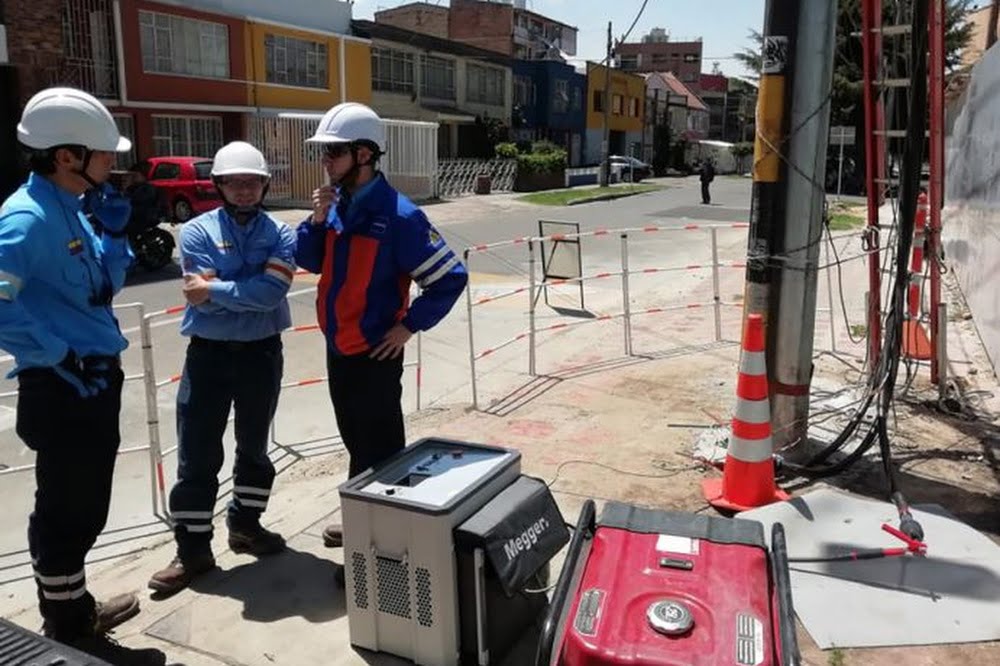 With the backlog in its cable replacement programme proving difficult to clear, Nebraska Public Power District (NPPD) decided to evaluate a new strategy based on testing its cable network with Megger equipment. This approach made it possible for NPPD to quickly clear the backlog by concentrating budget and resources on only those cables where the risk of imminent failure was high.

Until recently, NPPD operated a cable replacement programme based on two criteria. The first of these criteria was faults – if more than three faults occurred on a single cables section, it was deemed in need of replacement. NPPD’s second criterion for cable replacement was age, with the oldest cables, many of which have been in service for more than 25 years, scheduled for replacement first. Often, a URD loop would be identified for replacement based on similar age to a faulted section. However, budget constraints would limit replacement to only the faulted cable section without any insight as to the condition of the remaining cables in the loop.

The overall result was that NPPD had a backlog of cables identified within the cable replacement programme. However, replacing the older cables on the basis of their age alone meant cables that still had a useful working life were being taken out of service unnecessarily.

To address these issues, NPPD decided to investigate the possibility of setting up a more efficient and cost-effective cable replacement programme based on routine testing to assess the true condition of its cable network. NPPD considered both partial discharge (PD) and Tan Delta (TD) testing, and in this instance decided that the latter would be more straightforward to apply in the field, and that the results would be easier to interpret.

However, NPPD faced another challenge, as the IEEE guidelines relating to TD testing provide no insights into how the results should be used to decide whether or not a cable needs replacing. In response, they devised a simple but powerful algorithm that would distil the test results down into a single number with a defined threshold that could be used to rank and prioritise replacement criterion.

All test results are loaded into a geographical information system (GIS) so the NPPD personnel can see immediately which sections of the network have been tested, and which cables need to be replaced.

To carry out the test, NPPD chose a Megger VLF45 Sine Wave 45kV test set with integrated Tan Delta facilities. The main factors that influenced this choice included the compact construction of the VLF45, its Tan Delta functionality, its ability to test up 35kV class cables, and the excellent technical support received from Megger.

Other benefits of the VLF45 are that it incorporates earth loop monitoring and automatic discharge functionality to maximise user safety. Also, it needs no external computer, which makes it particularly convenient for use in the field. Another important consideration that influenced the choice of instrument was ease of use, as several different maintenance crews are involved with cable testing across the state, and all would need training in how to use it safely and efficiently.

NPPD purchased one instrument and has now used it extensively to investigate the condition of its state-wide cable network. NPPD personnel working with the instrument have found it to be intuitive in operation, with a simple test set up and results that are easy to analyse and interpret. Those results have proved invaluable, as they have revealed that 70% of the cables NPPD tested need no further action. This has allowed the utility to concentrate its resources on the cables that are most likely to give problems.

By moving to a cable replacement programme based on actual test results produced by a Megger VLF45 Sine Wave 45kV test set rather than relying on arbitrary age and condition criteria, NPPD has now eliminated its cable replacement backlog. Additional benefits are that it has been able to improve its System Average Interruption Duration Index (SAIDI)and System Average Interruption Frequency Index (SAIFI) ratings, both of which are important and widely monitored indicators of a power utility’s performance.

Cable faults are a major challenge for all power utilities, especially in parts of the world where much of the supply network is approaching, or in some cases has already exceeded, its original design lifetime. Wholesale replacement of aged cables to address this issue is rarely an option, so a rational and well-structured replacement programme is essential. As NPPD has discovered, testing with a Megger VLF45 Sine Wave 45 kV test set provides a cost-effective and easy-to-implement foundation on which to build such a programme.