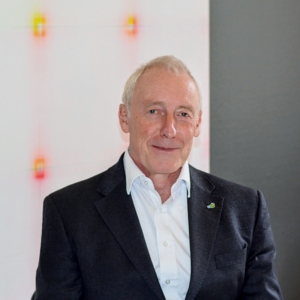 Smart technologies are becoming increasingly critical to the successful functioning of urban environments, which continue to be subjected to ever-greater pressures.

The United Nations has previously revealed that the number of people living in cities multiplied roughly 5.6 times between 1950 and 2018, and by 2050 more than two-thirds of the global population will be living in urban areas.

Such a mass influx of people is creating a host of different and difficult challenges. From the amount of traffic on the roads, rising carbon emissions and poor air quality, to increasingly hard-to-manage urban waste and a growing strain on utilities. Huge stresses are being placed on critical infrastructure and city services that simply were not designed to cater to such volumes of people.

It is an uphill battle, yet one that technology is helping to tackle.

Between highways and pedestrianised streets, many of the urban environments that we frequent are now leveraging the Internet of Things (IoT) to facilitate remote monitoring, management and control of critical assets, generating huge streams of real-time data that can be used to provide critical insights and actionable information. For smart city planners, IoT is becoming a top priority for this reason.

Wi-SUN published a new report in March titled The Journey to IoT Maturity, which asked IT decision makers from the UK and the US who had already adopted or were planning to adopt IoT. The report found that more than 92% plan to invest in IoT technologies over the next 12 months in order to remain competitive.

This consensus is leading to an uptick in planned deployments, with smart street lighting as one area where IoT is having a major impact.

According to the Global Smart Street Lighting & Smart Cities: Market Forecast (2020-2029) Volume VI, more than one in four streetlights globally have been converted to LEDs, while over 10 million smart streetlights have been connected globally (not including China and India).

As the deployments of smart street lights rise, the benefits continue to become more evident. In Miami in Florida, for example, half a million street lights have been connected, helping to dramatically reduce energy consumption and carbon dioxide emissions across the city. In Paris, 280,000 connected street lights are delivering 70% savings on annual street light energy costs, according to IoT Analytics.

The business case is inspiring more and more IoT adopters to ramp up investment. According to Wi-SUN’s latest report, IoT adopters very likely or definitely planning to deploy the technology for street lighting has risen to 72% in 2022, up from 61% in our 2017 IoT study.

The case for smart street lighting in the City of London

Both the Miami and Paris projects are just two examples of street lighting projects supported by wireless mesh technology. The City of London has also deployed a similar network to support 15,000 connected street lights, as well as supporting other applications for environmental purposes and for monitoring the presence of lifebelts along the River Thames.

Completed last year, the initiative has been a core component of the capital’s transition to becoming a smart city, these sensors will be used to collect data and build a business case for further technology investment.

To succeed in a project of such scale, the City required a wireless communications network capable of reaching the urban landscape’s uniquely dense and narrow lanes that lie between the modern high rises and historic buildings.

Completed two years ago, the City authority is now saving 60% on its energy costs derived from light, and has since moved into the next phase of its smart city journey, installing traffic and air quality monitoring sensors powered by the very same network as part of a trial into zero emissions.

The success of smart street lamps in London is a compelling case study. Occupying just over a square mile, the City has a large population of around 450,000 workers in the daytime, but only 9,400 permanent residents at night.

Managing and moving such volumes of people is a massive challenge, and the street lighting initiative has played an important role in supporting this, balancing the need for public safety, energy efficiency under increasing sustainability pressures and saving money.