What impact will the metaverse have on industrial maintenance? 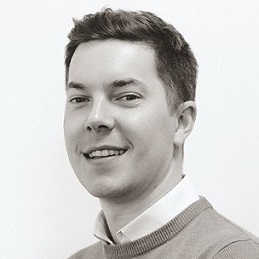 The word metaverse conjures images of Silicon Valley twenty-somethings in polo necks, floating around in a virtualised PC game — thanks in no small part to tech giants Facebook and Microsoft, and their consumer experience programmes. But manufacturing businesses are also experimenting with the concept, as evidenced by Kawasaki, Heinz and Boeing becoming Microsoft industrial metaverse customers recently.

The metaverse brings virtual technology into business to simulate ideas and designs, using real-life assets to test drive the safety and efficiency of products and eliminate any issues ahead of production in the real world.

To anyone whose career has spanned more than a decade, this will sound eerily familiar. Essentially, there will be people at the likes of Kawasaki wearing Microsoft HoloLens headsets to deliver VR and AR-based maintenance and training and other services, where a remotely based person shares knowledge with someone at the coalface. Similarly, people in the plant itself will be able to use those headsets to dynamically view data from the real world, simulations and history to help them make decisions.

Many manufacturers already apply Industry 4.0 concepts like digital twins and augmented reality, making the metaverse just another step forward, albeit one with a cool sounding name.

But the truth is, creating a virtual manufacturing line can help bring better quality control and health and safety, by analysing the production line to identify potential bottlenecks. It can help deliver improved predictive and reactive maintenance and keep parts suppliers in the loop digitally, so that it doesn’t come as a surprise when the manufacturer places an order.

It can improve return on investment of the plant itself, create jobs and make it possible for manufacturing to keep up with the increased demand our burgeoning global population creates. Sure, we’ve been doing this for a while, under a different name, but what’s not to like?

Well, introducing metaverse technologies into production doesn’t just offer benefits. The reliance on IT and digital technologies improves developmental costs, but also means that the lifespan of the production setup could become shorter, which could be detrimental.

Just as we all needed communications add-ons for our motors, inverters and PLCs when Industry 4.0 ushered in a new era of connected manufacturing, we will now face a raft of new products that will come hand-in-hand with a series of last opportunity to order letters from our suppliers, making the previous range obsolete.

The current practice of building a digital twin for a range of motors, allowing the OEM to predict when the bearings will fail, for instance, or the degradation of sensor values as the consequence of wear conditions, is already commonplace. I certainly wouldn’t take a bet that future motors won’t come with built-in sensors to detect security threats and abnormal load behaviour. I know there are already companies, like Israel’s IxDen for instance, which are producing add-on sensors that do exactly that.

As these new devices are introduced by large OEMs, they inevitably take the place of other parts in that manufacturer’s catalogue, meaning that the drive you bought last year will soon be just as tough to get hold of as a vintage Control Techniques Mentor from 1989.

The bottom line is that the natural next step in manufacturing, which is the metaverse, will, like all innovation, produce obsolescence. To effectively manage obsolescence, a maintenance manager should keep track of upcoming products and predict when they will make their forebears obsolete. Ensuring a reliable supply of stock is always available can prevent any risks of shortages and delays in production.

It’s not just obsolescence that a plant manager should consider though; in fact, that’s a small part of the job. The main issue is keeping the system up and running and avoiding costly downtime wherever possible.

Again, the benefits of the metaverse are clear in this context. Let’s imagine a pump system for instance; a simple real-world unit would contain a motor, pump and reservoir, as well as a motorised valve, solenoid valve and pressure sensor. There could also be an inverter and a series of sensors monitoring the fluid being pumped, to let the unit know how fast to operate.

The digital twin of this system contains a block or model of each of these components and, instead of being powered by electricity it’s driven by data, in the form of an RPM (Rotations Per Minute) input. The monitored output is the pressure produced by the system, which in the real world the plant manager would use to power their process, whether that’s a swimming pool being dosed with chlorine, or a factory being provided with heat in the form of steam or heat transfer fluids.

The digital twin would be tuned, using parameters from the real-world model, to reflect the most up to date state of operation. The plant manager can then perform what-if style simulations, or fault detection algorithms to estimate the potential for future problems and apply a maintenance technique in advance to obviate the issue.

For this to work successfully, the model must be tuned very precisely to the real-world application. The key parameters in this context would be the displacement per revolution, the nominal shaft angular velocity and the nominal pressure gain, because these are the ones that most effect output pressure.

To monitor this real-world system, we would have an edge computing device of some kind connected to the system, or built into the motor or pump itself, which would feed data back to the production server, which in turn is analysed by the plant manager, in a dashboard of some kind.

Historically, it would have been likely that the human part of the system would have to estimate some parameters here, to provide the algorithm with a space in which to operate and speed up the process. However, whether we call it Industry 4.0, the industrial metaverse or just better communications, a more modern application would be able to draw that data directly from the pump itself, creating a real time simulation that can predict future issues.

This all sounds simple, but the complexity arrives when you consider the number of pumps that a single plant, or set of plants, might have. Each of those pump systems will have different reported data and different parameters. Each of them, as a result, creates not only its own maintenance problems, but its own requirement for management. Essentially, somebody has to optimise all those motors. It’s no wonder there’s a strong argument that automation creates jobs.

Try not to imagine the stick you will get from your colleagues for wearing a holographic headset; that’s much less helpful.

This idea isn’t that far from the kind of thing we were hoping for back in 2011, when we all started excitedly telling each other we were entering a new industrial revolution. But it’s also true that the idea of the metaverse adds a new level of excitement into the equation, exactly like the Industry 4.0 label did, way back when.

GE is the world’s largest supplier of power generation equipment, and, naturally, has a vested interest in ensuring its equipment runs smoothly and profitably. The company has recently launched a Digital Twin of a combined cycle power plant to allow plant managers to achieve higher performance and more significant cost savings.

A combined cycle power plant uses both a gas and a steam turbine to produce up to 50 per cent more electricity from the same amount of fuel used in a traditional simple-cycle plant. The waste heat from the gas turbine is routed to the steam turbine, which generates the extra power.

GE’s digital twin, models the plant and its critical components, considering fuel costs and the price of electricity in the location, to help manage the inherent trade-offs in plant operations and provide data for maintenance. The company believes that the twin can allow operators to achieve two to three per cent more MWhr output and save $15M per plant, which is not to be sniffed at.

The company’s MD, Steve Brown, said, “It’s so easy to look at the image and immediately understand. It presents data in a way that’s simple to use, simple to action, in a visual environment.”

And he’s right, but that doesn’t only apply to maintenance. The metaverse can also increase the speed of a product moving from design to production, bringing more components to market to keep up with demand and making it an exciting tool for design engineers.

The metaverse can enhance research and development speed by creating a communal space where designs and ideas can be shared with different departments for collaboration. This reduces the back-and-forth aspect during the research and development stage because everyone can work on the design simultaneously. It also makes it easier, and often cheaper to make or adapt a product, by offering more flexibility and customisation. Sometimes even mass customisation.

Again though, this reminds me of something I’ve been calling Industry 4.0 for about 10 years and before that, I sometimes referred to as a project extranet. In the 60s, J.C.R. Licklider at MIT called it ‘Galactic Networking’ using packet switching theory to allow computers to talk to each other. And we know how popular that became.

The point is that, sure, the metaverse sounds familiar, but that doesn’t mean it can’t be part of a true regeneration of digital manufacturing. Real Wear’s Chrostowski also said recently, “think of the difference between our internet experience today, and what it was in the beginning before browsers and powerful searches.”

Chrostowski and his fellow technologists are not claiming that the industrial metaverse reinvents the wheel, they are just saying it’s a useful frame of reference to understand the future of the smart factory. And it seems like everyone from Kawasaki to Heinz agree.