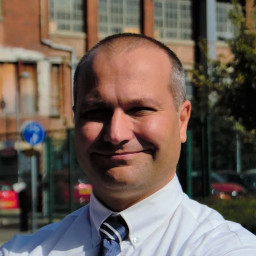 The UK’s history is enriched with maritime activity. Surrounded by water from John o’ Groats to Land’s End, the surrounding waters have played a pivotal role in trade, travel, and most recently, electricity production.

However, the UK Government has lofty ambitions for offshore wind, with a target of generating 40 GW of offshore wind power every year by 2030. To achieve that goal, continued investment and development in power equipment will be needed.

Offshore wind power plays to the nation’s geographical strengths while also providing a clean energy source to fuel the country’s path to net zero. The North Sea’s high quality wind resources and relatively shallow water make it an ideal location for offshore wind farms. According to the International Renewable Energy Agency (IRENA), around 90% of global offshore wind capacity is located in the North Sea, which is why the UK is already a world leader in this renewable power source.

However, to reach the Government’s 2030 production goal, energy suppliers must make advancements in wind turbine technology, while simultaneously considering how their generated power will be safely transferred to the grid.

Turbines capable of producing more power per rotation are essential for the development of efficient offshore wind farms. Increasing the height of the turbine tower is one way to capture more energy, since winds generally increase with altitude. The higher above ground, the more freely wind can flow thanks to reduced friction from obstacles on the Earth’s surface.

Additionally, increasing rotor diameter — the width of the circle the turbine’s blades rotate in — can also positively impact energy capture. A turbine with longer blades captures more wind, and produces more electricity, meaning that wind farms may become feasible in areas with less wind, increasing the number of suitable sites across the UK’s coastline.

An increased blade length means that stronger forces will act on the turbine, so the blade material needs to be appropriately chosen. To achieve an adequate stiffness-to-weight ratio to avoid deflection, carbon fibre or fibreglass blades are typically favoured. However, there is an expanding market for hybrid reinforcements, which combine the two materials together for optimum sturdiness.

Improvements in wind turbine technologies have already triggered a move into deeper waters to use sites with better wind resources. Static wind turbines are still restricted to waters at a maximum depth of 60 m, so to upscale the UK’s wind power output, floating wind turbines will be essential.

Once all viable sites within 60 m of shore have been constructed, floating wind projects will become vital to offshore’s growth. Floating offshore wind farms, which can be located up to 80 km from land, could play a key role in the long-term decarbonisation of the power sector.

Floating wind turbines sit on a steel and concrete floating system instead of a fixed base, meaning they can be placed in a larger number of sites up to 200 m deep. They can also be towed, allowing them to be relocated without much additional cost. This broadens the potential output that offshore wind could provide and brings it one step closer to the 40 GW target.

In January 2022, the Government announced that floating offshore wind projects will receive over £60 million of investment. This will make uncharted areas of the UK’s coastline that are unsuitable for static turbine deployment accessible for energy capture. Since these remote areas typically receive a more abundant, stronger wind supply, investment in floating offshore wind will strengthen the UK’s position as a world leader in offshore wind energy production.

Like all renewable energy, offshore wind can be unpredictable and inconsistent, which can make grid connection challenging. In periods of high wind, large inrush currents occur, which can lead to overvoltages on the grid and subsequent equipment malfunctioning.

It’s important to prepare for these inevitable inrush currents and subsequent voltage fluctuation. There are three key approaches that might be taken. First, it’s possible to reduce the number of transformers energised at one time, which in turn reduces the inrush current. However, this adds increased system complexity and cost as it requires the installation of a switching control system.

Equally, Point on Wave (PoW) switching minimises inrush current, but the transformer must be energised at the exact moment the voltage waveform crosses the axis. To achieve this, a control system and associated breaker must be timed to operate exactly with the voltage waveform, which again adds to the complexity of the electrical system.

Alternatively, pre-insertion resistors (PIRs) are a simpler solution that require a far less precise control system, offering long-term reliability. Already in use across many of the UK’s wind farms, PIRs with a high thermal mass will absorb excess energy produced by the inrush current and safely dissipate it as heat. This prevents damage to the grid and improves the reliability of offshore wind’s power supply.

Offshore wind holds great potential in the shift towards renewable energy and could be the key to decarbonising electricity generation. However, we must continue to advance critical power protection technologies to prevent any obstacles in its upscaling and to enable this powerful resource to flourish.