The challenge of connecting offshore wind to the grid 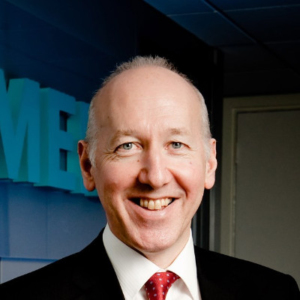 Steve Scrimshaw, Vice President at Siemens Energy UK & Ireland, explains how installing offshore wind is just part of the problem, and how connecting these power sources to the grid also constitutes a significant challenge.

Offshore wind is one of the key drivers in the UK’s energy transition plan. In fact the wind generated from Storm Eunice, which swept through Britain in February, provided more than half of the UK’s electricity via wind power.

The success of building a highly coveted offshore wind sector has been down to getting the right business model in place – the CfD or Contract for Difference – which has underpinned this growing sector.

In a move which will be welcomed by developers of these important projects and their supply chains, the UK’s Business Department has recently announced they will move to hold annual CfD auction events. This is much needed as we only have eight years to quadruple our offshore wind generation capacity.

The fourth round of the UK Government’s Contracts for Difference (CfD) auction scheme, which opened in December 2020, aims to support 12 GW of new generation capacity. The CfD scheme has successfully driven the deployment of renewable energy across the UK, leading to the price per unit of offshore wind falling around 65% between the first allocation round (AR) in 2015 and the third in 2019.

We are now at a pivotal moment as we aim to get from the current 12 GW of offshore wind energy production to 40 GW by 2030. An audacious target, given it has taken 20 years to get to the current 12 GW.

In addition to increasing the frequency of CfDs to ensure a pipeline of projects, job certainty, and local content investment, we also need to see critical reforms in policy, permitting and transmission, as well as a significant manufacturing and construction effort.

Connecting offshore wind to the grid

Connecting offshore wind to the grid is by no means an easy task, but technologies such as the Offshore Transformer Module (OTM) is making it easier and more cost-effective for developers worldwide. There are already numerous projects around the world that are leveraging this kind of technology.

One project we hope will be successful in the latest CfD round is Moray West. The Moray Firth offshore wind farm will utilise two offshore substation platforms. Additionally, the wind farm will have an onshore substation, replicating the work done at Moray East. As part of this work, assembly and fit-out of the OTM will be done in the North East, helping to achieve the 60% local UK content outlined in the Offshore Wind Sector Deal.

In addition to the work being done on projects bidding as part of the latest CfD round, there’s also much to be done to support the new projects that won leasing rights in Scottish water as part of the last Scotwind auction. This could see around 25 GW of new generation capacity developed.

Many of these projects will take offshore wind to the next level, using floating technology and developing grid connection infrastructure using High Voltage Direct Current (HVDC) technology rather than AC (Alternating Current) technology. HVDC is an efficient way of transporting large volumes of electricity over long distances to join onshore networks.

In addition, it is also possible that some of these projects could have hydrogen electrolysers embedded into the projects to create green hydrogen. This is an excellent example of how Britain’s transition to a low carbon economy can attract new industries, create jobs, reduce fossil fuels and generate export opportunities to come back greener from the pandemic.

As the UK steps up securing a home-grown renewable energy sector, reducing its reliance on fossil fuels and exposure to volatility in global wholesale energy prices, the capacity for using clean, domestic offshore wind to power the country will accelerate in the next decade.

The UK has one big advantage. It has the best resource and geographies for offshore wind globally – the North Sea, which is shallow with great wind speeds.

Britain has built the offshore wind industry from scratch. The main challenge was proving the concept and bringing costs down in the early days; now we move to scaling up our ambition. This technology is now established – the offshore wind is the UK’s leading renewable generation source. Our skills are in demand worldwide.

In 20 years, the UK offshore wind industry has burgeoned from two relatively small turbines off the coast of Blyth to over 2,200 turbines dotted along the UK continental shelf.

This is an important moment for UK offshore wind. We should be proud of these achievements, but there is still work to be done.