Why fibre-friendly cabling is essential in any new construction project 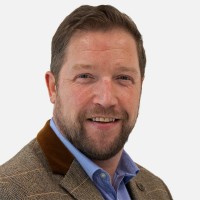 A functioning and fast internet connection has long been a necessity for the majority of workers, especially as consumer behaviour has changed in step with technological innovation. This always-online culture has led to new tools being required and used on a daily basis, with a 2021 Statista report showing that 82% of businesses operated online banking services, while 59% of firms ran social media pages and accounts.

On top of this, 58% of businesses surveyed housed their customers’ personal information, further highlighting how integral online capabilities are to the modern business. Consequently, it is no longer a question of whether new buildings need fast internet, but how fast that internet connection actually is.

Despite the need for ever-faster online speeds, UK businesses have often been hamstrung by an ageing, copper-based nationwide broadband infrastructure that had previously been built for older technologies, including cable television and landline phones. Simply put, this network was not designed for the data-intensive demands we now have, never mind future technologies that might require even wider bandwidths to adequately function.

This is clearly an untenable situation, which is why BT Openreach is looking to retire its copper network by 2025. Fibre-optic broadband is seen as a prime candidate to replace this soon-to-be-obsolete network, with programmes such as BT’s own ‘Fibre First’. This initiative aims to have 75,000 properties connected to BT’s fibre-to-the-premises (FTTP) network weekly, with an eventual goal of 25 million properties connected by December 2026.

Taking this wide-ranging strategy into account, contractors need to expand their remit beyond providing sufficient cable infrastructure during the construction phase. Alongside this, they also need to consider whether this infrastructure is fit for the future, and compatible with high-speed internet options like fibre-optic broadband.

With businesses increasingly moving into ever more data-intensive applications such as smart metering, video streaming and data collation and analysis, this futureproofing moves from simply a preference, and into a priority. This is especially the case when considering commercial building developers, who can increase their property’s value by ensuring access to a vital utility like high-speed internet.

Though these nationwide plans are ambitious and necessary, there is one area currently holding back wider rollout for commercial premises. Specifically, the ‘last mile’ of broadband connections – the final leg of a cable installation from a distribution point such as a toby box, to the premises itself.

The particular issue lies in the fact that while ISPs can install fibre optic cables to the distribution point, the cabling from there to the premises can still be made of copper, leading to slower speeds. This problem is further exacerbated by the fact that the further away the building is from the toby box, bandwidth is reduced because of the high damping rate.

As a result, it simply doesn’t matter what material is used up to the distribution point – without fibre optic broadband in the last mile, speeds will become much slower. As such, infrastructure is required for this last leg, including the micro ducts that enable FTTP by housing the necessary fibre cabling.

Commercial premises implementing FTTP usually use an Optical Network Unit (ONU) – a singular termination point to which cables are blown from the toby box to the building using high-speed compressed air. Having travelled along external and internal cabling, the cable and its signal is then spliced and linked to devices and equipment using a passive optical splitter, connecting the building to the nation’s wider broadband infrastructure.

Despite its inherent simplicity, the process of ‘blowing-in’ can be hampered by the fact two technicians are required. Specifically, as one is required at the toby box to blow the cable in, and another to catch and connect the cable within the premises, building access is needed. When working to tight deadlines with only small windows available during construction to carry out the process, this can present problems.

Looking into this concern, suppliers have looked into ways to streamline blowing-in, including developing externally or internally-mounted boxes that catch the cable as it enters the property. This innovation would allow multiple premises to be connected from a single distribution point, allowing for better scheduling and a faster rollout.

Connecting to the desk

Alongside carrying out FTTP installations, contractors can also build infrastructure to allow for fibre-to-the-desk – that is, connecting individual computers and devices directly to the distribution point. Because this end-to-end arrangement avoids the signal being split by an ONU, already outstanding broadband speeds can be made even faster, with users able to access speeds of up to 10 Gbps and more. It is due to this level of performance that the FTTD stage is now in place in universities, computing centres, hospitals and public administration offices.

Whether a premises opts for FTTP or FTTD arrangements, there is one common denominator – both options use internal micro ducts installed as part of the building process that act as cable protection. Because of the extremely small size of the ducts, they are able to be installed around the premises without wasting sizable amounts of floorspace through large installation shafts. Due to this, building design and construction can be streamlined regardless of what connection choice building stakeholders make.

While ensuring any ducting specifiers opt for is capable of accommodating the blowing-in process, it is not the only factor to be weighed up when selecting appropriate solutions for cable infrastructure. There are also other criteria to be considered, including those laid out by the International Electrotechnical Commission concerning the selection of wiring systems in low-voltage electrical installations.

According to this, electrical installation ducts must not interfere with a building’s occupational and fire safety, in line with British Standard (BS) EN 61386. By meeting requirements set out in the standard, the cabling in question does not require any special measures during fitting, resulting in time and cost savings on the contractor’s part.

Another key concern for building stakeholders is ensuring any indoor ducting does not present additional hazards if a fire were to occur. Indeed, ducting that does not adhere to the relevant standards may emit smoke and toxic or corrosive gases when exposed to heat, placing building occupants at risk. This situation must be avoided at all times, and is the reason why specifiers and developers should look for low smoke free of halogen (LSOH) solutions when selecting cable infrastructure solutions.

Any selected ducting should also be self-extinguishing to ensure fire does not spread within ducts, in accordance with BS EN 61386-1.

In conclusion, increasing demand for high-speed internet means contractors must be aware of and ready to recommend future-proofed cable infrastructure solutions. This choice is increasingly key to building design, and with the nation’s broadband infrastructure continuing to modernise, selecting solutions best-placed to take advantage of this is of paramount concern.

PrevPreviousWhy there is no magic wand to deploying AI and Machine Learning
NextWhat are the solutions for the electrical industry’s worker shortage?Next

Rethinking the role a UPS can play in the data centre