Are you using the right micro-ohmmeter? 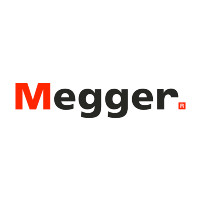 Choosing the right micro-ohmmeter is critical for ensuring the continued safe operation of high- and medium-voltage circuit breakers, but which is the right one? Well, Megger may be able to help.

One of the most common uses for micro-ohmmeters is to check the contact resistance in high- and medium-voltage circuit breakers. Circuit breakers come under a great deal of stress, as they are required to break high-voltage circuits, often under load. The arc generated by the switching action can damage the face of the contacts, and this can lead to catastrophic failure of the breaker or other downstream substation equipment.

Circuit breakers are critical items of substation infrastructure. They are used to switch parts of the network in and out to provide isolation for purposes such as planned maintenance and, as part of the protection system, to remove the power in the event of a fault. If they fail to operate there can be serious consequences for the rest of the network.

Arcing at the contacts creates carbonised layers on the contact faces. Over time, these layers will build up and the live contact area will be reduced or become pitted, leading to an increase in contact resistance and heating. This reduces the efficiency of the circuit breaker and can lead to failures that in an active transmission or distribution system could result in the loss of a substation.

One effective way of guarding against such problems is to regularly check circuit breaker contact resistance. However, this resistance should be very low, typically of the order of tens of micro ohms, which means that it can only be reliably measured with a very accurate micro-ohmmeter that has good resolution.

The accuracy and resolution of the micro-ohmmeter are especially important as the carbonised layers may only increase the contact resistance by a small amount, but the consequences of this small change can make a huge difference to the performance of the breaker. The excessive heat produced as a result of the increase in resistance can actually weld the contacts together and this may result in the circuit breaker not operating at all when called upon to do so.

Contact resistance testing is clearly desirable, but the next thing to decide is the test current to use. Is 10A enough, or does it need to be more?

Let’s be honest, the simplest option is to take a battery-powered micro-ohmmeter to site. There’s no messing around with power supplies and long leads or dragging heavy generators into inaccessible substations. So for years, many engineers have been using battery-powered 10A micro-ohmmeters, such as the DLRO10, for measuring circuit breaker contact resistance because these instruments are convenient and they appear to do what’s needed. But do they really?

High-voltage circuit breakers operate at currents much higher than the 10A produced by one of these micro-ohmmeters. This means that they may not react in the same way as they would if they were tested with a current closer to their normal operating level.

For example, the carbonised layers may resist an injection of 10A but pass a higher test current, leading to differences in the readings. This might result in the circuit breaker failing the test unnecessarily. It is a definite fact that the stability and reliability of the micro-ohmmeter readings increase at higher currents as the very small voltages being measured are captured more reliably.

This issue is recognised in IEC and ANSI standards, which both recommend higher test currents for testing circuit breaker contact resistance: 100A is the minimum for ANSI/IEEE standard C37.09, while IEC62271-100 stipulates that any test current between 50A and the rated current of the circuit breaker may be used.

Inconveniently, most high-current micro-ohmmeters are 100A, 200A or even 600A mains-powered units, which need the associated power supplies or generators to power them while they are in use. It is partly this time-consuming set up that has limited the adoption of high-current circuit breaker testing.

There are, however, now two solutions to this problem. If you want the smallest possible instrument, Megger has a handheld battery-powered 200A micro-ohmmeter specifically designed for circuit breaker applications. Offering class-leading performance, it uses a supercapacitor to inject a high current for a short duration to give highly accurate readings.

On the other hand, if you are looking for more flexibility, the Megger battery-powered DLRO100 is designed to suit a wide range of applications including circuit breaker contact resistance measurement. It provides a test current of up to 100A and is capable of supplying a steady current for tests of a longer duration than those possible with the supercapacitor instrument.

Either way, there is now absolutely no excuse for measuring circuit breaker contact resistance with low test currents. Megger’s instruments offer circuit breaker testing that meets international standards, while having the convenience and portability of go-anywhere battery power.

Mina partners with ev.energy to make fleet charging smarter than ever