How the post-pandemic green recovery could benefit the manufacturing sector 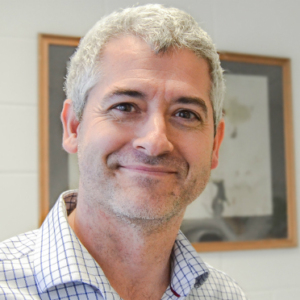 The Covid-19 pandemic has brought devastating consequences for the economy and public, with people being forced to adapt to the ‘new normal’ and reduce their activities to prevent the spread of the virus. This meant a slowdown for the economy with negative consequences for producers and manufacturers, rushing governments to rethink their policies and combine economic recovery with sustainable measures. Here, Steve Hughes, managing director of power quality specialist REO UK, analyses how green recovery strategies could benefit the manufacturing sector.

For all the negatives caused by the Covid-19 pandemic, it has brought benefits for one particular area: the environment. The pandemic is expected to cause the highest reduction in annual CO2 emissions ever recorded, according to a piece by Carbon Brief.

In 2008, the world witnessed a similar scenario caused by the financial crisis, when CO2 emissions dropped significantly on the backdrop of economic slowdown. Nevertheless, soon after the crisis, the figures exceeded pre-crash levels. 12 years later, the world is at a momentous juncture that could introduce a new economic model that is sustainable by design.

At the core of the initiatives for a green recovery, there are the plans for green energy and efficient electrical infrastructure. Proposals for a green recovery vary from country to country, with some governments pledging great amounts of money or others taking more proactive steps.

In the UK, apart from the £73.5 million that the government plans to invest in the automotive sector alone, there is also a joint action by thinktanks and scientists to implement a new Green Recovery Act with a legal basis. The new act would replace the Climate Change Act of 2008 and have a more radical standing. The aim of it is to systematically change economic and political institutions, and to envision a greener system.

Transport is an essential sector, with the least decrease in carbon emissions since 1990, according to a report put forward by the Common Wealth thinktank. Another policy paper by HM Treasury argues that road transport is responsible for 91% of domestic transport emissions and approximately 20% of overall UK emissions. The new plans for greener transport include reducing the taxes on zero emissions vehicles, providing £532 million for consumer incentives for ultra-low emission vehicles, and investing in electric vehicle charging infrastructure.

Such strategies could significantly reduce carbon emissions and improve overall air quality. According to Auto Adviser, the number of hybrid and other ultra-low emission cars registered in the UK rose by 22.6% in the second half of 2020 compared to the same period last year. A green recovery in the transport sector could increase the figures even more, and for a longer period. For manufacturers in the UK this is a stepping stone towards changing the industry and developing more environmentally-friendly vehicles.

Electric vehicles are generally more efficient and sustainable than conventional motors and have a significantly lower dead weight compared to their power output.

However, electric transport infrastructure will not be possible without an upgraded, smart and flexible grid, as well as a huge increase in renewable energy generation. In 2018, only 33% of UK electricity was renewable, according to the Green Recovery Act, despite being the cheapest form of energy. The price of this energy will only continue to decrease relative to conventional, non-green energy sources in the coming years.

The UK also has the largest installed capacity of offshore wind in the world, with around 10 GW in operation off its coasts. According to an article from The Guardian, renewable energy is not only necessary for achieving the UK’s legally-binding obligations towards a reduction in carbon emissions, but it could also be answer to economic recovery after Covid-19, with a predicted generation of almost $100 trillion (£80 trillion) in GDP gains between now and 2050.

Section 20 of the Green Recovery Act emphasises the elimination of oil, coal and gas as soon as technologically practicable, which aims to switch from fossil fuel energy in a profitable and logical manner. The Act also bans advertising and promotion of fossil fuels to detract the public from relying on such energy. Finally, the Act introduces an obligation to inform the public on climate change developments in weather reporting. These steps, together with sufficient and engaged investments from government bodies could motivate energy suppliers to make the change towards renewables once and for all and avoid sanctions stipulated in the Act.

However, renewable energy generation is still an area that poses some technical challenges in terms of how the generated power is re-integrated into the main electrical network. The high-frequency electrical noise produced at the intersection between the renewable power source and the mains grid can give rise to a wealth of power quality issues, ranging from harmonic currents to electromagnetic interference (EMI). Each issue can damage components in the renewable application itself and affect network quality, increasing the risk of power failures.

For electrical engineers working on renewable energy applications, the solution is to find an effective way of attenuating the high frequency noise and filtering it from the network signal. This involves the use of a mains filter to suppress erroneous frequencies. In the renewable application itself, high quality electrical chokes and filters can be integrated to mitigate the harmful effects of high-frequency energy and extend the service life of the application.After the crisis in 2008, the green economy contributed a third of the UK’s economic growth in 2010-11, according to The Guardian. The financial challenges that Covid-19 has generated so far could be lessened with a second wave of green strategies. We have the solution and the policies at hand, we only need a clear implementation. The momentum generated by the pandemic should not be wasted and instead public engagement and government reforms should persist as to create a sustainable future for the generations to come.