Why smart meters are finally ready to realise their promise 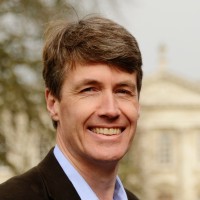 Pilgrim Beart, cofounder and CEO of DevicePilot, discusses how smart meters are finally beginning to show promise, but only when paired with proper service management.

I was recently involved in a fascinating panel discussion about the future of smart home energy with some really interesting individuals from the industry. Of course, much of the conversation gravitated towards smart meters.

Once hailed as the great energy innovation of its time, it is fair to say that – for most people in the UK at least – smart meters are yet to truly deliver on their initial promise of facilitating a massive evolution in the energy market.

The issues they have solved thus far in their albeit relatively short life cycle, have been piecemeal. The main benefits are that consumers can keep a closer eye on their consumption, that utility companies can avoid paying for engineers to come and take meter readings, and that both parties have more accurate and up-to-date billing. Hardly the earth-shattering benefits for a rollout estimated to cost more than £13 billion.

But in 2021, smart meters are finally reaching a turning point, with government figures suggesting that we now have over 23 million of them live in UK homes and businesses, with the potential to enable and coordinate a radical overhaul of our grid as we move to renewable energy. With all of these devices live and many more million still to be installed, the quality of service that providers can deliver may be the next stumbling block smart meters have to overcome, and service management technology has a huge part to play in this.

Before that, let’s take a look over some of the challenges Smart Meters have had to tackle to get to this point.

Government intervention – the good and the bad

Of course, there has been some great government intervention in the smart meter space, and some fairly steady regulatory pressure on utilities has certainly helped to drive up installations. The government is getting increasingly effective at overseeing smart meter rollout, while giving the private sector flexibility in the details of how it gets done.

However, this wasn’t always the case, and certainly in the early days of smart meter rollout, government intervention was perhaps almost a barrier to success. From 2000-2010, the government was heavily involved in the technical aspects of the rollout – what is now called SMETS1.

Essentially, they had rooms full of civil servants hashing out the smart meter rollout, but very few of these people had any real industry experience of managing what was an immensely technical project. This was fraught with problems and the result was not really fit for purpose, leaving SMETS1 meters “stranded” with consumers unable to change suppliers. So, the government had to bail itself out by initiating SMETS2, which essentially delegated more control over implementation to private companies.

Ideally, I believe it is better for the government to legislate the outcome – energy suppliers must install smart meters – without getting too involved in the technical details of how that happens. A clearer distinction between these roles will now hopefully help smart meters (and the growing ecosystem of other smart home energy devices) to continue to gain momentum.

Not so smart in isolation

While smart meters have some standalone use-cases, they can really come into their own as an enabler of other technologies, which until relatively recently were not available across the market, so perhaps smart meters were a little ahead of their time.

Smart meters have a role in coordinating home consumption with the needs and capabilities of the rest of the grid. We are now in a place where renewable energy is starting to dominate the market, and a slew of other technologies are becoming commonplace as a result, such as smart heating, electric vehicles, heat pumps, PV and even battery storage in the home. Only now can smart meters realise their true potential, by helping us to coordinate this new, greener grid.

This is perhaps related to the previous two problems, but the rollout of smart meters was initially very slow, although it has really picked up over the last few years. This means that the benefits have trickled only slowly through to consumers and companies, simply because there hasn’t been enough force behind the rollout, meaning it struggled to gain momentum.

Having navigated their way through these stormy waters, smart meters are starting to come out on the other side. Government intervention is at a place now where it works for both sides and is a genuine aid to progress; a number of ‘smart’ products that rely on smart meters for coordination are gradually becoming commonplace; and rollout has sped up as a result.

However, a significant remaining blocker to progress is service quality. Like many other connected technologies, resources have been pumped into R&D and rollout of smart meters, with perhaps not quite enough thought dedicated towards how the technology will perform and be supported in practice in the homes and lives of everyday consumers. Are meters working as they should? Are they properly connected? Is the installation ‘right the first time’? Are there any faults? Are they actually delivering benefits to customers?

Unfortunately, on the whole for service providers, and for the government, the answer to those questions is “I don’t know.” Receiving a complaint from a customer telling you that their device isn’t working properly is too late – they have already been let down.

Service Management is the answer

This is one of the biggest problems that Smart Meters now face, and the solution lies in service management technology. By deploying service management, providers get a ‘single pane of glass’ view of their entire fleet of smart meters. Questions over the performance of devices can easily be answered, and their operations and engineering teams can spot issues before the customer even realises there is a problem. This enables them to take a proactive approach to customer service rather than constantly having to react to customer complaints.

Without effective service management, smart meters are unlikely to ever achieve their full potential and will continue to be plagued by unreliability. This would be a real shame, as they have the power to really ease the transition to renewables and are vital in managing the many smart home products that are increasingly becoming a part of our lives.

How to maintain a safe and productive working environment

Catch the action from the 2022 ER & DCR Excellence Awards