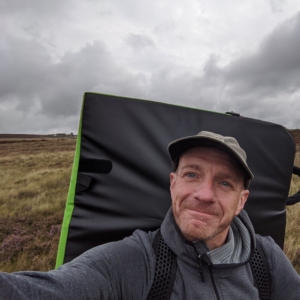 The Department for Transport Statistics reports that there were 501,500 heavy goods vehicles licensed in the UK in 2019, but only 400 of these were battery electric powered. With heavy goods vehicles being a significant contributor of carbon emissions, will we see an increase in electric power? Here, Mark Templeman, sales engineer at power resistor manufacturer Cressall, explores the potential of electrification in the UK heavy vehicle market.

Heavy goods vehicles account for around 17% of greenhouse gas emissions and 21% of nitrogen oxide emissions from the road transport sector, while contributing to just 5% of vehicle miles. Switching from diesel or petrol to electric power reduces the tailpipe emissions of vehicles, while also providing performance benefits.

However, the introduction of electric power into the heavy vehicle market remains in its early stages. For electric heavy vehicles to become commonplace, there is a need for further development of the technology and accommodating changes to infrastructure.

A challenge of electrifying heavy vehicles is finding an energy storage solution that doesn’t add too much weight, which would increase energy consumption. Batteries must also possess a long range, allowing long distance freight. The main contenders for reducing vehicle emissions are battery electric and hydrogen fuel cell electric. Battery Electric Vehicles (BEVs) use chemical energy that is stored in rechargeable battery packs, and use electric motors for propulsion. Their impact on the environment is significantly lower than that of Internal Combustion Engine (ICE) vehicles, as the electricity needed to charge the battery can come from renewable energy sources, such as wind power.

However, the range between charges is limited, making it not so suitable for heavy goods vehicles travelling a few hundred miles a day. This is exacerbated by the lengthy charge time of BEVs, extending to many hours for heavy vehicles depending on the type of charger. Electric batteries are heavy, require rare earth metals and are expensive to recycle. However, these issues can be overcome by the development of solid state batteries, chemical developments on the cathode and advanced recycling techniques.

Fuel Cell Electric Vehicles (FCEVs) also use an electric motor for propulsion but with a much smaller battery pack, with the fuel cell constantly converting the hydrogen to electricity, which in turn charges the battery and only emits water from the tailpipe. FCEVs typically have a longer range and shorter fill time than BEVs, making them a stronger candidate for long-distance vehicles. Furthermore, the fuel cells can be stacked together to scale up power for a heavy vehicle. Fuel cells are more compact and lightweight than electric batteries, and most of the fuel cell can be recycled at the end of life.

However, the majority of hydrogen currently being produced is made using fossil fuels through steam reforming, meaning hydrogen power is not emission free when its whole lifecycle is considered. If developments are made that allow more hydrogen to be produced from renewable resources, then FCEVs can become a more environmentally-friendly option.

Electric vehicles (EVs) are generally more reliable than ICE vehicles as they consist of fewer moving parts, reducing the risk of breakdowns and the need for frequent servicing.

Electric motors can deliver torque quickly with almost instant acceleration, making vehicles quicker to start. This is particularly beneficial for heavy vehicles that are carrying large loads on fast motorways or on an inclined gradient.

In addition, electric power has a higher efficiency, so the cost per mile is reduced. It’s also worth noting that electric vehicles are significantly quieter than ICE vehicles. While this may benefit a reduction in noise pollution in urban areas, consideration needs to be taken to account for the potential risk to pedestrians and cyclists who rely on their hearing to sense an approaching vehicle.

The lower risk of breakdowns increases the safety of the vehicle, but some people are concerned about the safety of the battery packs used to supply power to the vehicle. Battery packs can be up to 800 Volts DC, and this high voltage carries risks. An impact or crash could cause a fault in the cell, which could lead to the system overheating, resulting in complete failure of the battery pack or even a fire.

However, battery cooling systems are constantly improving through intelligent battery management systems and the implementation of better fire calming chemicals within the battery components. For example, external intumescent barriers can resist thermal runaway and isolate the batteries from each other.

Heavy vehicles brake differently to cars, as they do not purely rely on their service brakes to slow down. Instead, they also use auxiliary and endurance braking systems, which don’t overheat as quickly on long declines and reduce the risk of brake fade or failure of the service brakes. In electric heavy vehicles, this braking is regenerative, which minimises wear on the service brakes and adds charge and range to the battery packs.

However, if there is a failure in the system, or the battery pack’s state of charge is unable to accept the charge, this could become dangerous. Using a dynamic braking resistor will dissipate the excess energy as heat to improve the safety of the braking system.

Regenerative braking aided by braking resistors can also boost heating efficiency by feeding the dissipated energy back into the vehicle to heat the internal cabin. The resistor needs to be compact and meet the current ECE R13 Type–IIA endurance braking performance test. To pass this test, the resistor must allow the heavy vehicle to travel 6km at 30kph on a 7% decline with the endurance braking system active and without the service brakes overheating and failing.

With electric vehicles requiring regular charging, it’s important to consider the impact this will have on the grid. The grid is a smart infrastructure that incorporates microgrids, renewable energy supplies and storage schemes to balance demand.

To minimise strain, heavy vehicle distribution hubs and vehicle operators could invest in on-site renewable energy sources, such as wind or solar, and have an energy storage system from second life batteries. Vehicle to grid (V2G) technology can enable EV batteries to store energy and return it back to the grid when it’s most needed, such as in peak times.

In regard to transport infrastructure, the reduced range of EVs could require more charging stations to fulfil the same delivery requirements. We could see a dedicated lane on roads for EVs that incorporates a pantograph, which supplies and charges the vehicles while operating. This could be combined with autonomous vehicle technology so the EVs can communicate with each other and run in convoy.

We could also see a change in the delivery system, with heavy vehicles travelling across motorways to distribution centres, where the load is transferred onto smaller vehicles, such as electric vans, which then take the load into urban areas.

Currently, the UK has banned the sale of petrol, diesel and hybrid cars from 2035 onwards. However, there have been talks on proposing a ban on diesel heavy goods vehicles by 2040 in order to remove all carbon emissions from freight transportation by 2050. The race for electrifying heavy vehicles is on, and there could be penalties in the future for those who do not use electric.

How to maintain a safe and productive working environment

Catch the action from the 2022 ER & DCR Excellence Awards