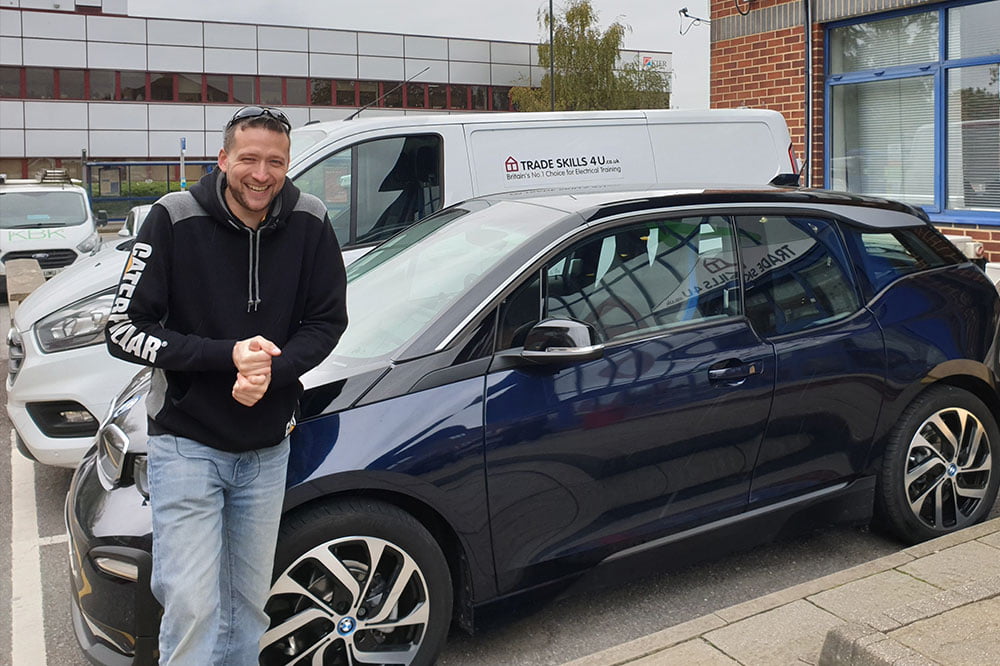 Electrical training provider Trade Skills 4U challenged YouTuber and electrician Thomas Nagy, to drive an electric vehicle from its Gatwick training centre to the newly opened Coventry centre on a single charge.

The car chosen for the challenge was the 2019 i3 which BMW claim has a range of 153 miles in optimal conditions, or 140 miles in real world conditions. This particular model was chosen as the distance between the two state-of-the-art training facilities is 137 miles, leaving just a 2% margin for error.

Starting the journey on the M23, Nagy began with the manufacturer stated 153 mile range, though this initially increased to an extremely optimistic 198 miles. However, stop start traffic on the way out of Crawley meant this began to drop faster than expected. Average speed limits on the M23 began to claw back some range, with steady 50mph driving ideal for electric vehicles. At junction 17 of the M25 with 93 miles to go, the car had 100 miles of range left in the battery and the outcome of the challenge could have gone either way. By the time Nagy joined the M1, confidence was growing, and it was becoming ever more likely that the car would make the journey on a single charge. With 33 miles to go, the car still had 36 miles of range and making it to the finish line was never in doubt from this point onwards. At around 12:30pm, the car turned in to the Trade Skills 4U centre on Westwood Business Park in Coventry with 10 miles of range left.

Speaking to Fix Radio (a station dedicated to tradespeople), who kept in contact throughout the challenge, Nagy said, “If you were driving this with a very gentle right foot and trying to do an economy drive, I’m pretty sure you could get quite a bit more out of it. We made it with normal driving, it’s altered my opinion on electric cars.”

Trade Skills 4U ran the challenge to highlight that Electric Vehicles are now a viable option for most people’s lifestyle. According to data from the Department for Transport on every MOT test in Britain, the average distance a car covers annually is just 7,712 miles and falling every year. That’s an average of 22 miles a day, which even the shortest-range electric vehicles on sale can easily quadruple on a full charge.

“I am very proud that we have demonstrated that electric vehicles make sense for the average commuter,” said Trade Skills 4U’s marketing manager, Carl Davenport.

“Our EV charging point Installer course has gained a huge amount of attention this year and we expect demand to grow substantially in 2020. Thanks to the Governments ‘Road to Zero’ strategy, electric vehicle sales are increasing exponentially, and the UK is seeing a huge demand for qualified electricians to install charging points at EV owners’ homes.”