The industry needs to drive up product certification standards 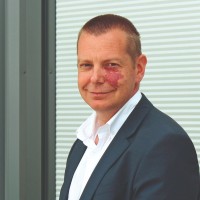 Paul Dawson, the commercial director of Niglon, calls on the industry to drive up its standards when it comes to product certification, citing a worrying rise in the number of untested products flooding the market.

The increase of untested products is noticeable and it’s a real concern that we have no idea when or if these products are going to fail. There are always going to be repercussions of product failure, ranging from the inconvenience and cost of having to replace the item, to the devastating damage to property and potential injury or loss of life resulting from a fire.

The horrendous impact when an electrical item is faulty should be fresh in everyone’s minds, four years on from Grenfell. I firmly believe everyone within the industry is responsible for reversing this growing trend for poor or non-existent testing – from suppliers to contractors.

It’s also pertinent to collectively think about ways we can educate end-users; the people who live, work in and visit the buildings where these products are ultimately going to be installed; the people who will be personally impacted should an untested product find its way into their surroundings and end up causing an incident when it fails.

Not only would more frequent and more open discussions around certification help to keep those people safe, they would also enable end-users to hold the industry to account over its collective actions.

It’s not just about ensuring all products are thoroughly tested by an independent third-party so they meet or exceed the standards set down in the current regulations. It’s also about making it routine to ask for proof of certification when buying a product. If that conversation between wholesaler and supplier (or wholesaler and contractor, or contractor and end-user) became a standard occurrence every time a new product was purchased, then this would force unscrupulous manufacturers to think twice about their testing methods, and would make it extremely difficult for them to get untested products out to market.

Of course, there are times when there are choices to be made between profit and safety, and I’m committed to practising what I preach. Recently we were sourcing new source protection devices and the choice was either a cheaper product (which would give us a higher profit margin) or one from a European manufacturer. We chose the latter, simply because we knew the European company could prove their products were certified.

Certification is especially important for surge protection devices because of the limited ability for contractors to be able to test them once they are installed in a home or workplace, so partnering with a firm which tested its products was the only viable option in our eyes.

And we don’t feel this should be something special – we believe the decision we made should be the one made by every single person within the industry, from suppliers like ourselves, to wholesalers and contractors.

Certification accreditation should be clearly marked in the brochures and on the website of all firms, and that proof should be readily available to produce whenever a customer asks for it.

This is one area where I feel any competition for sales between companies should be put aside. Safety is much more important than profits, so we all need to come together and jointly raise the standards around certification and proof of testing.

It’s not just about the potential damage to properties where untested devices are installed, although that is a factor to consider; there is also a very real threat to life. No one wants a single life lost due to electrical devices failing, let alone the scale of devastation we saw at Grenfell. But unless we act now, there are many accidents waiting to happen in the form of all those untested devices out there on the market.

We must act immediately because we have no way of knowing which device will fail, when, and how much damage it will cause in doing so. Let’s not wait until something goes wrong, let’s implement proper testing and more transparency for everyone right now.

Individuals and businesses rely on contractors to install electrical devices in their properties and, in doing so, they are placing a great deal of trust in them that these products are safe. By being able to assure customers that all of their devices have been thoroughly tested, this generates increased trust (and a better reputation) for the contractors, and in turn the wholesalers and suppliers they source their products from.

The benefits to the industry and the end-user are plain to see. That’s why we are calling on the industry to act now: help us educate end users about testing; help us ensure asking for proof of certification becomes a routine question when sourcing a product; and help us stop harm coming to anyone because of a faulty device.